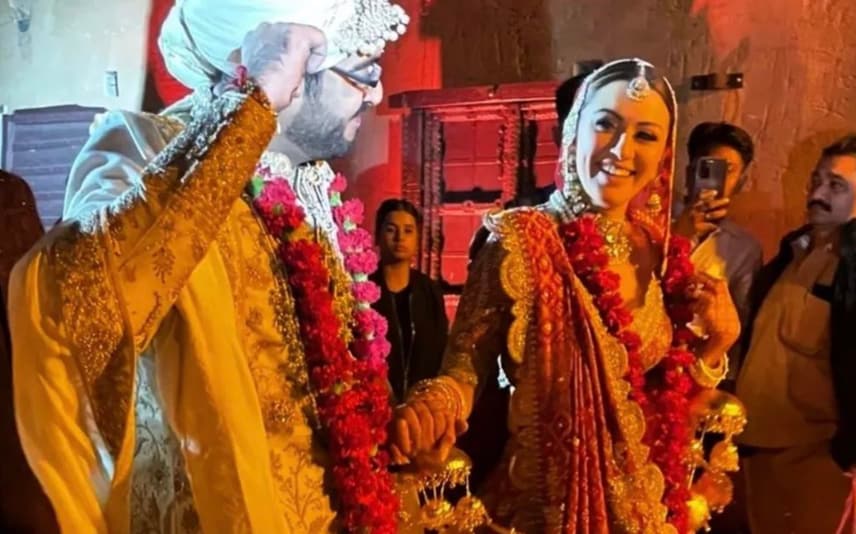 South star Hansika Motwani has entered wedlock with her long-time boyfriend Sohael Kathuriya on Sunday. The wedding was held at Mundota Fort and Palace near Jaipur.

Pictures and videos of the wedding and pre-wedding festivities have been trending on social media.

Actress Hansika Motwani has been serving major fashion goals with her outfits at her wedding festivities. She looked stunning in a red lehenga which she accessorised with heavy jewellery.

She wore a white sharara with mirrorwork all over it. She accessorised her look with heavy jewellery including passa, traditionally adorned by Muslim brides.

Several images and videos from the Sufi night have been doing the rounds on the internet.

In one of the clips, Hansika and her fiance Sohael Khaturiya are seen making a grand, dreamy entrance, decked out in matching finery.

Hansika and Sohael will tie the knot at Mundota Fort and Palace in Jaipur, Rajasthan, on December 4. The couple's pre-wedding festivities began with the Mata Ki Chowki last week in Mumbai and following that Hansika had a blast at her bachelorette in Greece with her girl gang.

If reports are to be believed, Hansika and Sohael are childhood friends and have been dating for several years

On the work front, Hansika was last seen in Tamil movie ‘Maha’.