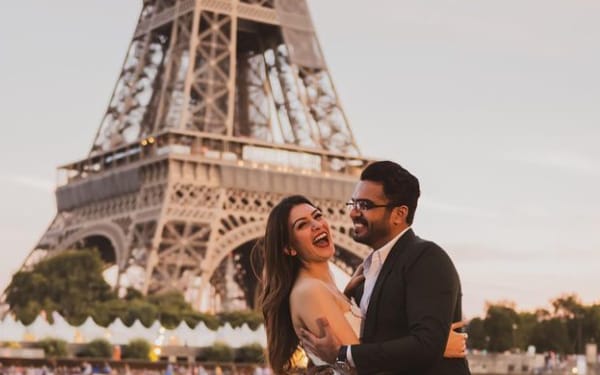 South star Hansika Motwani has officially confirmed her wedding rumours by sharing a few pics with her fiance Sohail Kathuria. On Wednesday, the actress took to her Instagram and shared pics confirming her engagement with Mumbai-based businessman Sohail.

In the pics, Sohail was seen on his knees proposing to Hansika in a beautiful location in Paris.

Reportedly, Hansika will tie the knot with Sohail on December 4 in Jaipur. Sources close to the actress revealed that the couple is planning a grand wedding at Mundota Fort and Palace in Jaipur.

On the work front, Hansika was last seen in Tamil movie ‘Maha’.