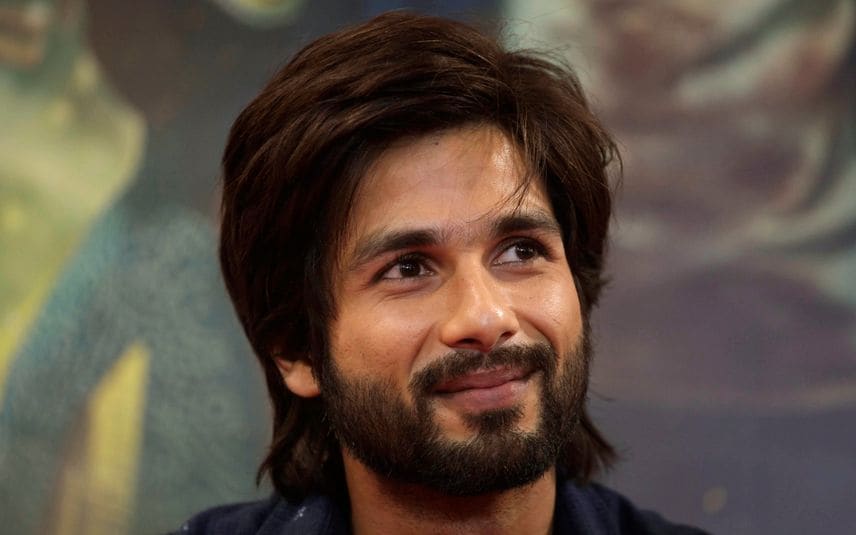 New Delhi: Shahid Kapoor, Bollywood's one of the most versatile actors, has completed another 365-day journey around the sun.

On the 41st birthday of Shahid, who is the son of veteran actor Pankaj Kapur and Neelima Azeem, let's take a look at his incredibly evolving Bollywood career over a span of two decades.

Fond of dancing from childhood, Shahid joined famed-choreographer Shiamak Davar's dance institute as a teenager. He went on to appear as a background dancer in the films 'Dil To Pagal Hai' (1997) and 'Taal' (1999).

Shahid made his acting debut with Ken Ghosh's teenage romance 'Ishq Vishk' (2003). In the film, he played the role of Rajiv, a college boy-next-door, who wants the hottest girlfriend on campus. Eventually, he ends up falling in love with his childhood best friend Payal, played by Amrita Rao. The film was a hit, and successful in launching Shahid's acting career.

After mastering teenage romance films, Shahid worked in 'Vaah! Life Ho Toh Aisi!' (2005) in which he played Aditya, fondly called Adi Chachu by his orphaned nieces and nephews. A loving and hardworking man, Aditya passes away at an early age due to an accident. The fantastical elements of the film come into play when Aditya returns to the earth in spirit form, with the help of the Yamraj (God of Death), played by actor Sanjay Dutt. Amrita Rao played the role of his beloved. The film also starred Shahid's brother and actor Ishaan Khatter. The film was much-loved by the younger audiences.

Shahid and Amrita's on-screen chemistry was a hit, as the duo was paired once again with the 2006 film 'Vivah'. Shahid played the role of Prem, a very gentlemanly, family-type young man from an affluent family.

Directed by Sooraj Bharjatya, Shahid's character in this film was quite vanilla -- a polite, innocent and down-to-earth man. The film was a commercial success.

Shahid's major tryst with success happened with Imtiaz Ali's 'Jab We Met', in which he paired opposite Kareena Kapoor Khan. While Shahid and Kareena had also starred together before in 'Fida', 'Chup Chup Ke' and '36 China Town', their on-screen chemistry in 'Jab We Met' set major on-screen couple goals in the hearts of their fans.

And then with 'Kaminey' (2009), Shahid wore the skin of a character who isn't all white and cute. While he rocked his performance in this new character, Charlie, he also played the simpleton man -- Guddu -- as his identical twin.

The actor was highly appreciated by audiences for pulling off dark comedy in the Vishal Bhardwaj directorial.

The bold and brave film, featuring Tabu as Haider's mother Ghazala, was set up in the Kashmir insurgency in the 1990s.

Shahid absorbed and reflected the complexities of love, revenge and pain through his intense character.

One of the iconic sequences of Shahid in the film is the almost three-minute "Hum hai ki hum nahi?" monologue Haider delivers in the middle of the road with his uncle, mother and others in the crowd watching. The film also stars late Irrfan Khan.

If we thought there could be no experimental character for Shahid after Charlie and Haider, then Shahid proved us wrong by playing Tommy Singh in 'Udta Punjab' (2016).

The Abhishek Chaubey directorial is based on the drug menace in Punjab and also sparked controversies on the film's title and representation of the state. Shahid delivered a spectacular performance as Tommy Singh, a young and successful Punjabi musician who lives a luxurious lifestyle and routinely indulges in drugs consumption.

After 'Udta Punjab', he opted for another path-breaking project titled 'Kabir Singh', the Bollywood remake of the Telugu movie 'Arjun Reddy'.

Kabir's character is full of rage and passion. He falls in love with Preeti, played by Kiara Advani, and the film follows their rollercoaster journey of intense love and separation.

Despite contrasting opinions on how it should be perceived, Shahid absolutely nailed the part, even if it was hotly debated as a problematic, toxic character.

Shahid is now all set to woo the audience with the never-seen-before avatars in the upcoming projects. He is coming up with a sports drama 'Jersey', in which he plays the role of a father and husband, with a broken dream career. The film, also starring Mrunal Thakur, will hit the theatres on April 14.

Apart from 'Jersey', Shahid has other mixes of characters including his upcoming digital debut, a quirky thriller drama directed by Raj Nidimoru and Krishna DK, along with an untitled action film directed by Ali Abbas Zafar.