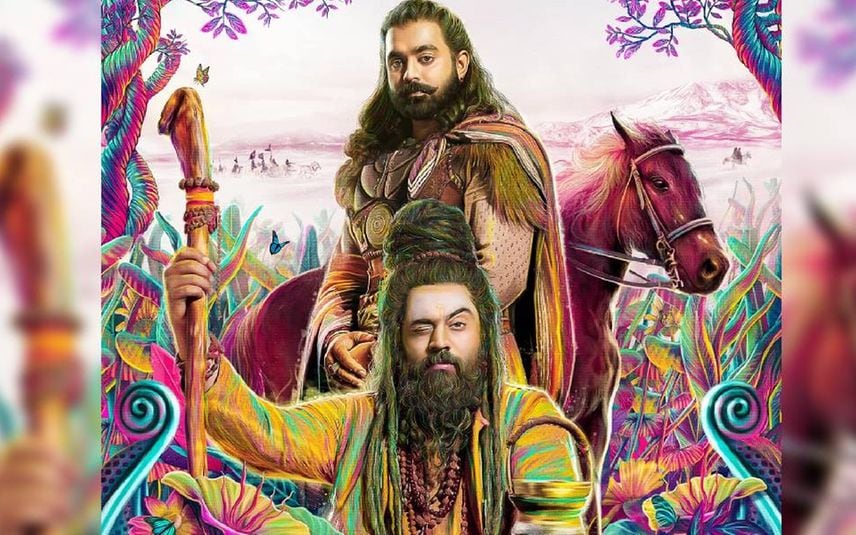 The first-look poster of director Abrid Shine's 'Mahaveeryar', featuring actor Nivin Pauly and Asif Ali in the lead, has been released.

Adapted from a story by renowned author M. Mukundan, the theme of 'Mahaveeryar' revolves around fantasy, time travel, law books and legal proceedings.

The film has been jointly produced by Nivin Pauly, under his home banner of Pauly Jr Pictures, and P S Shamnas under the banner of Indian Movie Makers.

Author M Mukundan released the first poster from the movie at a function held in Cochin. Screenwriter and director Abrid Shine, actors Asif Ali, Shanvi Srivastava and the co-producer P S Shamnas were among those present on the occasion.

'Mahaveeryar' is the third time that Nivin Pauly and Abrid Shine are working together after the commercially and critically acclaimed movies '1983' and 'Action Hero Biju'.

The movie also marks the coming together of Nivin Pauly and Asif Ali after almost a decade. The film, which is being made on a big budget, was shot in extensive schedules in Rajasthan and Kerala amidst the challenges thrown up by the prevailing pandemic.

Chandru Selvaraj is the cinematographer of the film, which has music by Ishaan Chhabra and editing by Manoj.