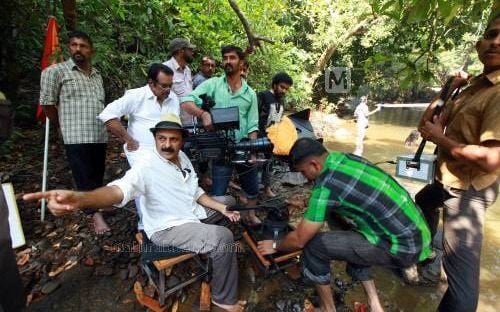 Thiruvananthapuram: The producers of Malayalam film industry expressed their dissent over a new regulatory authority proposed to bring all various sectors of film industry under one command. They had extended their support to the state government for drafting a new law for women’s safety based on the Hema Committee report earlier.

The decision to form a regulatory committee came up when a tussle with theatres stirred up in the state. It was also recommended by a committee chaired by Adoor Gopalakrishnan. Film Chamber president G Suresh Kumar, who opposes the authority now, was also a member of the committee that proposed the same authority.

But the producers’ union pointed out that there is no need of a regulatory committee in the present scenario. Suresh Kumar said that all the issues prevailed when the committee recommended the regulatory authority had been solved. Hence the producers informed that no one will be allowed to control the film sector by forming the authority.

If the government forms a regulatory committee, everyone, from the producers to distributors have to register in it. The registration has to be renewed annually. The authority will have the discretion to intervene in the conflicts and no one could be banned according to the will of any particular organisation or individual. The authority will function under the supervision of the government.

From colour films to OTT platforms, transformation of Malayalam Films at a glance

Why is the Hema Committee Report being kept under cover?

Thiruvananthapuram: The producers of Malayalam film industry expressed their dissent over a new regulatory authority proposed to bring all various sectors ..

Following the well-acclaimed debut in Tamil through the movie ‘ Asuran’ , Manju Warrier signed her second Tamil movie with actor Ajith. She will be playing ..