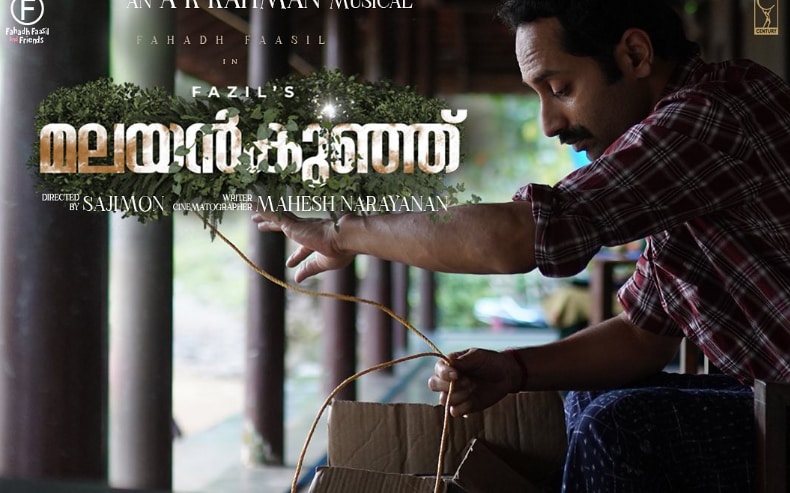 In news that is bound to bring cheer to fans of Fahadh Faasil, the actor's much-awaited upcoming Malayalam film 'Malayankunju', directed by Sajimon, has been cleared by the Censor Board of Film Certification with a clean 'U' certificate, and will hit screens on July 22.

The film is produced by Fazil, Fahadh Faasil's father, a director credited with delivering several cult classics in Tamil.

Rajisha Vijayan plays the female lead in the film, the story of which has been written by director Mahesh Narayanan, known for giving superhits like 'Take Off'. Mahesh Narayanan has also taken care of the film's cinematography.

Music for the film is by A. R. Rahman; in fact, it was Rahman who announced on Instagram that the film is to hit the screens on July 22. He wrote: "Glad to inform you about #Malayankunju's theatrical release on 22nd July."

Rumours in the industry suggest that the story is based on an actual incident of landslide that took place in Kerala and resulted in the loss of several lives. The film is a survival thriller.