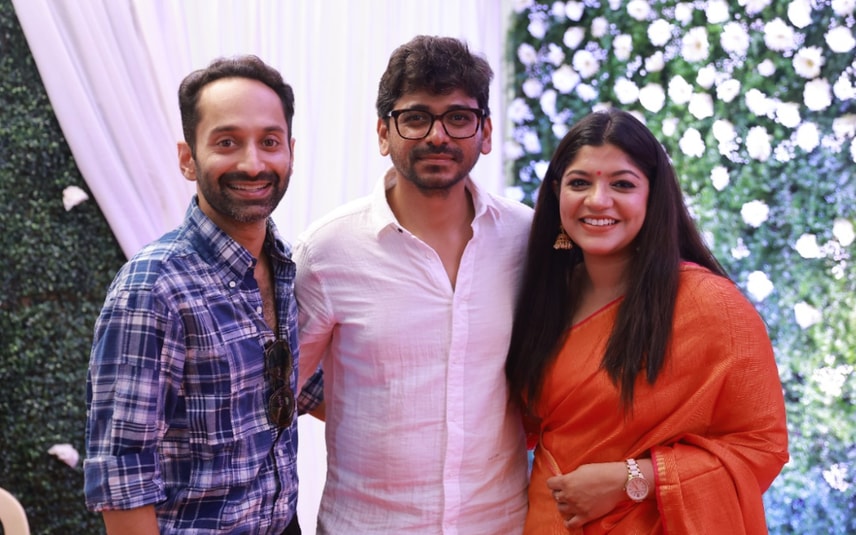 Mumbai: Fahadh Faasil's new film 'Dhoomam' went on the floors on Sunday. 'Dhoomam' is being directed by Pawan Kumar of 'U Turn' fame. KGF and Kantara fame Hombale Films is producing the film.

National Award-winner Aparana Balamurali will be seen sharing screen space with Fahadh in the film.

'Dhoomam' is touted to be a thriller and will be released in 4 languages including Malayalam, Kannada, Tamil and Telugu. The movie is set for a summer release and will be extensively shot in Karnataka and Kerala.

Speaking on the muhurat, producer Vijay Kiragandur said, "'We are delighted with our association with Fahadh and Aparna. Dhoomam has a unique storyline which is different from all the genres of traditional cinema. Director Pawan Kumar has worked on the script for several months and we believe this is going to cause frenzy among the fans. We are very excited for this upcoming movie with a solid cast and crew by our side."

The movie also stars Achyut Kumar, Joy Mathew, Dev Mohan, Anu Mohan, and Nandhu in pivotal roles. The music for the movie will be given by Poornachandra Tejaswi and cinematography will be done by celebrated cinematographer Preetha Jayaram. National Award winners Anees Nadodi (Production Design) and Poornima Ramaswamy (Costume Design) have also been roped in for the interesting project.

Last month, the filmmakers released an intense poster, revealing the title of the movie. It was captioned, "What you sow, so shall you reap". According to the makers, the film promises to be a racy fast-paced thriller with an intensive plot. (ANI)

Nayanthara heaps praise on Chiranjeevi, calls him 'a gem of a person and ...