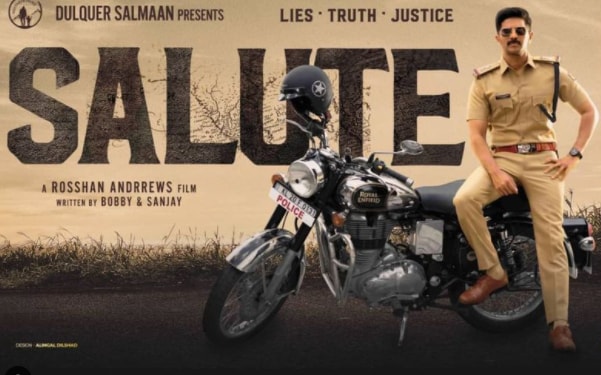 Actor Dulquer Salamaan’s crime thriller ‘Salute’ directed by Rosshan Andrrews started streaming on SonyLiv from Thursday. Though the makers announced that the movie will have an OTT release on March 18, Friday, they released it a day early.

Taking to his social media pages, Dulquer announced the release of the movie.

“Surprise surprise!! We couldn’t wait for everyone to watch Salute so we decided to release it a day early. Salute is now available on SonyLiv. Do watch and enjoy a film as special to me and Wayfarer as everyone who was a part of it !!,” wrote the actor as sharing a scene of the movie.

'Salute' marks the Malayalam debut of Bollywood actress Diana Penty and it will also star Manoj K Jayan in a pivotal role. The film produced by Wayfarer Films is written by the writer-duo of Bobby and Sanjay.