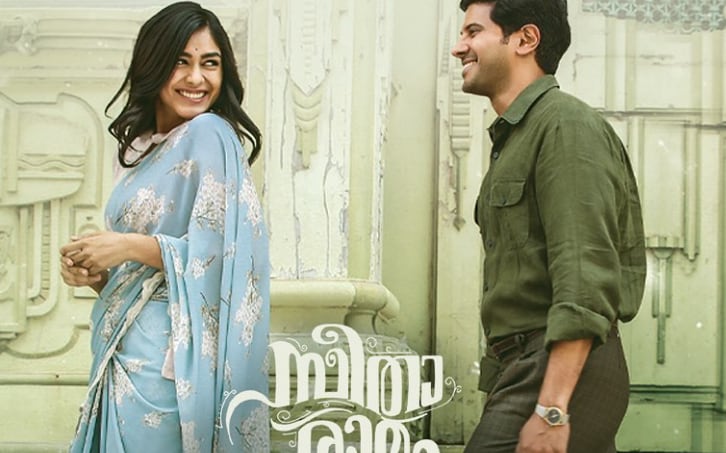 Dulquer and Mrunal in 'Sita Ramam'

Director Hanu Raghavapudi's romantic entertainer 'Sita Ramam', featuring Dulquer Salmaan and Mrunal Thakur in the lead, has been cleared for release in the United Arab Emirates.

The film, which released in other parts of the world on August 5, was re-censored in the UAE and will now hit screens there on August 11.

Meanwhile, the film, which has opened to good reviews, has so far grossed a sum of Rs 33 crore worldwide, its makers announced on Wednesday.

'Sita Ramam', a beautiful love story set against the backdrop of a war in 1965, has Dulquer Salmaan playing the character of Lieutenant Ram, an orphan, serving the nation in snow-clad mesmerising terrains and gleaming lakes of Kashmir.

Pairing with Dulquer is Mrunal Thakur as Sita Mahalakshmi, the lead actress of the film, along with Rashmika Mandanna in an impressive role.