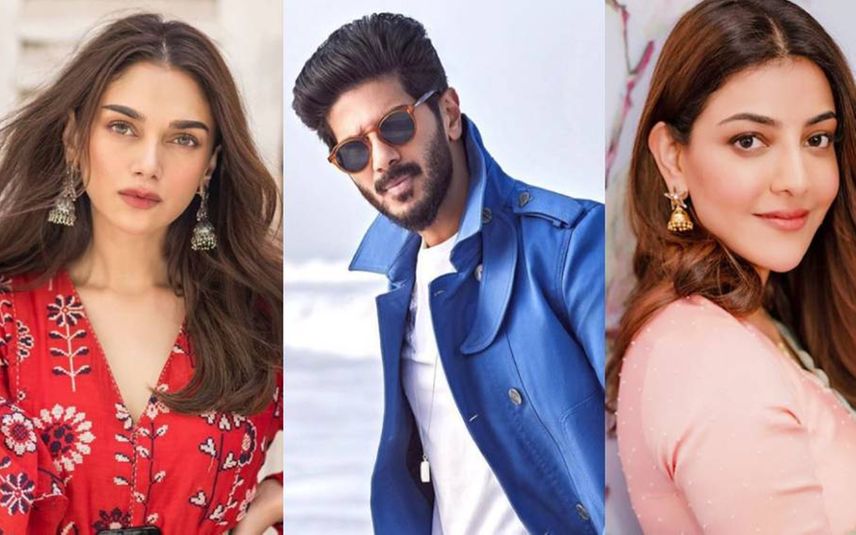 Mollywood star Dulquer Salmaan will be seen in Tamil movie ‘Hey Sinamika’ directed by leading choreographer Brinda. The choreographer is making her directorial debut with the movie.

In the movie, Dulquer will share screen space with Aditi Rao Hydari and Kajal Aggarwal, two leading actresses of the industry. It is for the first time, Dulquer is teaming up with Aditi and Kajal.

Dulquer himself announced the movie through his official twitter page.

“The magic of new beginnings ! Starting the journey of #HeySinamika with some lovely ladies Aditi Rao Hydari, Kajal Aggarwal and under the guidance of my dearest Brinda master !,” wrote Dulquer.

He also shared some snaps from the pooja ceremony of the movie.

According to reports, the shooting of the movie commenced in Chennai. Marking the official commencement of the movie, veteran director Mani Ratnam directed the first shot of the movie and actress Kushbu Sundar gave the clap.

This movie will be the first Tamil movie produced under the banner of Jio Studios.

Dulquer Salmaan was last seen in the Tamil movie ‘Kannum Kannum Kollaiyadithaal and Malayalam movie ‘Varane Avashyamund’. He will be next seen in ‘Kurup’, a biopic on wanted criminal Sukumara Kurup.