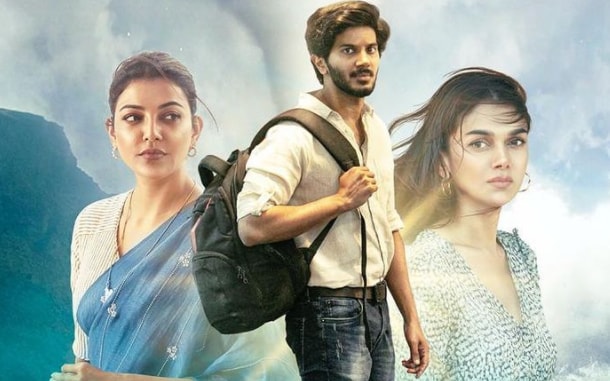 The film will release on OTT after having a reasonably good run in theatres.

Director Brinda took to Twitter to make the announcement.

She said, "Hey Sinamika on Netflix from 31st March." However, she later went on to retweet a couple of tweets that claimed that the film would be simultaneously available on both Netflix and Jio Cinema.

The story of 'Hey Sinamika' revolves around Mouna (Aditi), a weather scientist who falls in love with Yaazhan (Dulquer), a quirky and loving guy. What happens to their relationship after a couple of years and how things take an unexpected turn after the arrival of Malarvizhi (Kajal) forms the crux of the story.

Govind Vasantha of '96' fame has scored the music for 'Hey Sinamika', which has been produced by Jio Studios with Global One Studios as Associate Producer.