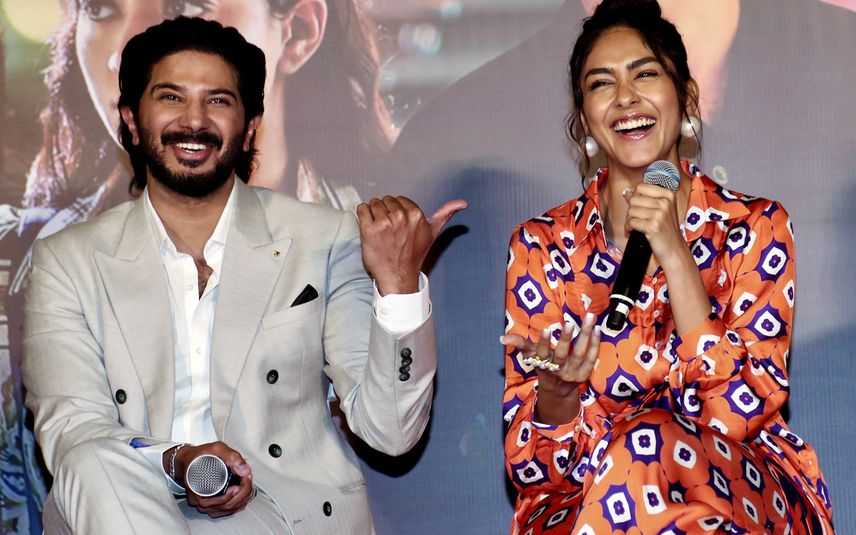 Taking to Instagram, Dulquer Salmaan shared a string of pictures from a recent media event which he captioned, "A big big thank you from the bottom of our hearts to the Hindi Audiences for the love extended towards #SitaRamam 's Hindi theatrical release. The love continues to pour and grow each day. And as much love and gratitude to the Hindi media across the country for giving the film visibility and support. It was a wonderful event and we had the warmest reunion with our team. Always fills my heart to reunite with our Sita Garu @mrunalthakur, our captain Hanu sir @hanurpudi our own maestro @composer_vishal, and of course our Godfather my favourite #AshwiniDutt garu. Much love and gratitude to the trailblazer Dr @jayantilalgadaofficial for handholding us through this release."

Helmed by Hanu Raghavapudi, the film stars Dulquer Salmaan, Rashmika Mandanna and Mrunal Thakur in the lead roles and was released on August 5, 2022, in Telugu, Tamil and Malayalam languages.

In the last few years many South Indian films like 'Baahubali', 'Pushpa', 'KGF' and now 'Sita Ramam' gathered a lot of appreciation from the North.

The Hindi version of the period romantic film was released on September 2, 2022.

Set in the 1960s, this film traces the journey of Lieutenant Ram, played by Dulquer, who sets on a journey to find Sita Mahalakshmi, played by Mrunal, in order to propose his love for her. This love grows when he starts receiving love letters from Sita.

Meanwhile, actor Dulquer Salmaan will be next seen in an upcoming psychological thriller film 'Chup' alongside Sunny Deol, Shreya Dhanwanthary and Pooja Bhatt.

There are times when I feel I want to have a baby: Mrunal Thakur

Ivory or off-white colour has started to ...

Kalidas Jayaram to play lead in Balaji Mohan's next