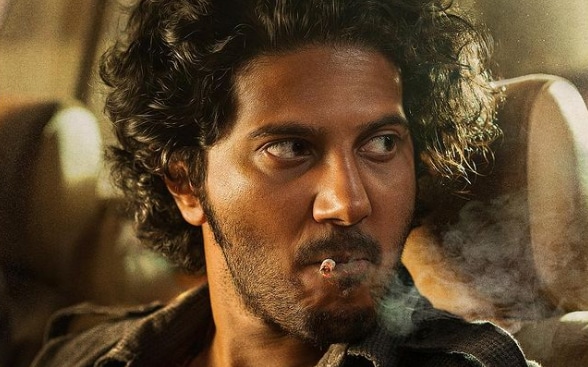 Dulquer Salmaan in King of Kotha

The makers of director Abhilash Joshiy's 'King of Kotha', featuring Dulquer Salmaan in the lead, have released the first look of the film, much to the delight of the Malayalam superstar's fans.

The poster depicts Dulquer in a blazing hot never-before-seen avatar, promising a visual treat to all his fans.

The much-awaited high-octane action drama will be produced by Wayfarer Films and Zee Studios. The first schedule of the shoot is proceeding at a brisk pace in Karaikudi, Tamil Nadu.

Speaking about the association, Dulquer Salmaan said: "Wayfarer Films is proud to associate with Zee Studios for their maiden venture into the Malayalam film industry with our film 'King Of Kotha'!

Zee Studios has been associated with some of the biggest industry hits across languages nationwide and it's a privilege to partner with them to produce some of the best content we wish to bring to all of you.

From pre-production to now begining principal photography, we feel we have found the best team with aligned interests to achieve our vision to the best of our abilities."

Speaking about the association, Akshay Kejriwal, Head - South Movies at Zee Studios, noted: "We are extremely delighted and proud to collaborate with Dulquer and Wayfarer Films on this exciting film. KOK also marks our entry into the Malayalam film industry and we couldn't be happier that the journey begins with this association."

Talking about the cast and crew, Kejriwal added: "Dulquer has consistently entertained audiences across the globe with his versatile performances and it is our absolute honour and privilege to present this film helmed by the supremely talented, Abhilash Joshiy."

The first look promises a visual treat for the audiences as Dulquer is set to repeat his victory after blockbusters across languages like 'Sita Ramam', 'Chupp', 'Kannum Kannum Kollayadithal' and 'Kurup'.

Manju Warrier shimmers in the 'Kannilu Kannilu' number from 'Ayisha'

Can't censor questions and answers, Mammootty on controversies over actors' ...