Malayalam films have started to impress filmmakers around the globe.Hindi filmmakers have also shown interest in remaking realistic movies in Malayalam. The latest Hindi releases ‘Drishyam 2’ and ‘Mili’ prove the reach of Malayalam movies in Bollywood.

Let’s take a look at the popular Hindi movies which are remakes of Malayalam movies. 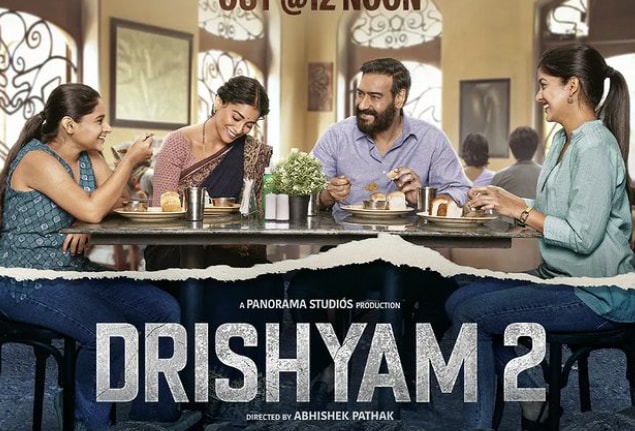 The movie directed Abhishek Pathak narrates the story of a man who struggles to hide a crime to protect his family. Ajay Devgn, Tabu, Shriya Saran, Ishita Dutta, Mrunal Jadhav and Rajat Kapoor played lead roles in the movie.'Drishyam 2' is a sequel to the 2015 film, which itself was a remake of the hit Malayalam superhit movie of the same name with superstar Mohanlal in the lead role. The 2015 'Drishyam' was directed by the late Nishikant Kamat.

'Mili' is directed by Mathukutty Xavier and produced by Boney Kapoor. The film stars Janhvi, Sunny Kaushal and Manoj Pahwa. A remake of the director's own 2019 Malayalam film 'Helen', it follows a woman stuck in a freezer fighting to stay alive. The 25-year-old shot for the movie for straight 20 days inside a freezer in a minus 15-degree temperature.

The psychological crime thriller directed by Vishal Furia features Vikrant Massey, Radhika Apte, Prachi Desai, Subrat Dutta and Rohit Roy. The movie is the remake of the Malayalam film ‘Forensic’ starring Tovino Thomas and Mamta Mohandas. The movie portrays the story of a forensic expert who vows to trace a serial killer. 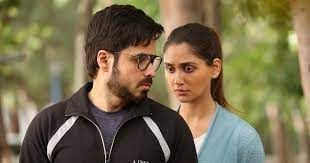 The horror film starring Emraan Hashmi and Nikita Dutta is a remake of the Malayalam film titled ‘Ezra’ released in 2017. Jay K directed the movie in both languages. The film revolves around the life of a couple who face paranormal activities after getting an antique box.

The road thriller directed by Rajesh Pillai is the remake of the Malayalam film which carries the same title and released in 2011. The film featured an ensemble cast including Manoj Bajpayee, Jimmy Sheirgill, Prosenjit Chatterjee, Parambrata Chatterjee, Divya Dutta, Amol Parashar, Jishnu and Richa Panai. The movie is inspired by a real-life incident that took place in Chennai. The film narrates the story of many people who get connected to save a life.

The movie starring Salman Khan and Kareena Kapoor is a remake of the 2010 Malayalam film with the same title. The movie marked Malayalam filmmaker Siddique’s directorial debut in Bollywood. The film narrated the love story of a bodyguard who is hired to shadow a powerful man’s daughter.

The comedy-drama directed by Priyadarshan is the remake of the Malayalam film ‘Kadha Parayumbol’ starring Mammootty and Sreenivasan which released in 2007. Shah Rukh Khan and Irfan Khan played pivotal roles in the movie. Retelling the story of ‘Sudama and Krishna’, the movie narrated the story of a superstar and his childhood friend who struggles to make ends meet by running a barber shop.

The comedy horror film directed by Priyadarshan is an adaptation of the Malayalam movie ‘Manichitrathazhu’ (1993) directed by Fazil. Akshay Kumar, Vidya Balan, Shiney Ahuja, Ameesha Patel, Paresh Rawal and Manoj Joshi played major roles in the movie. The movie narrates the story of a couple who reaches their ancestral home which is believed to be haunted.

The movie directed by Priyadarshan is the remake of the super hit comedy film ‘Punjabi House’. Shahid Kapoor, Kareena Kapoor, Neha Dhupia and Suniel Shetty were seen in lead roles in the movie. The movie revolves around a youth who attempts suicide by jumping into the sea and decides to lead a new life by pretending deaf and mute after getting rescued by two men.