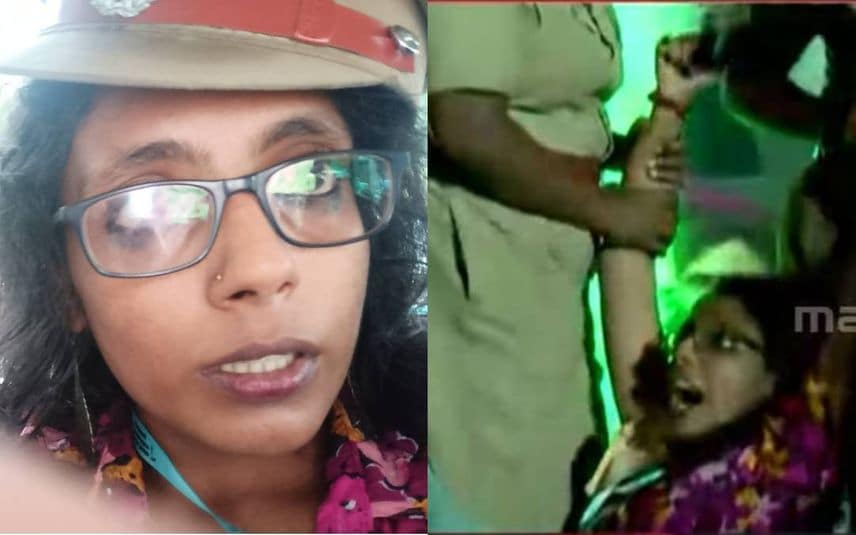 Kozhikode: Young director Kunjila Mascillamani was taken into custody by police for staging a protest at the venue of the Women’s International Film Festival, being held in Kozhikode.

Mascillamani was found staging a sit-in on the dais during the inaugural ceremony alleging that her movie ‘Asangadithar’ was intentionally excluded from the screening at the film fest. She raised slogans against Chief Minister Pinarayi Vijayan and marked her support for MLA KK Rema over the recent controversy in the state Assembly.

Four policewomen jointly dragged Mascillamani away from the stage and took her under custody. While she was being pushed to the police jeep, she snatched a police officer’s cap and wore it. Immediately, she clicked a selfie and posted the picture on her Facebook page.

Director Kunjila Mascillamani under police custody for protesting at film ...