The movie is about two youngsters named Bibin Das and Bibin Vijay. Their teachers and friends called them Dasan and Vijayan, two popular characters played by Mohanlal and Sreenivasan. 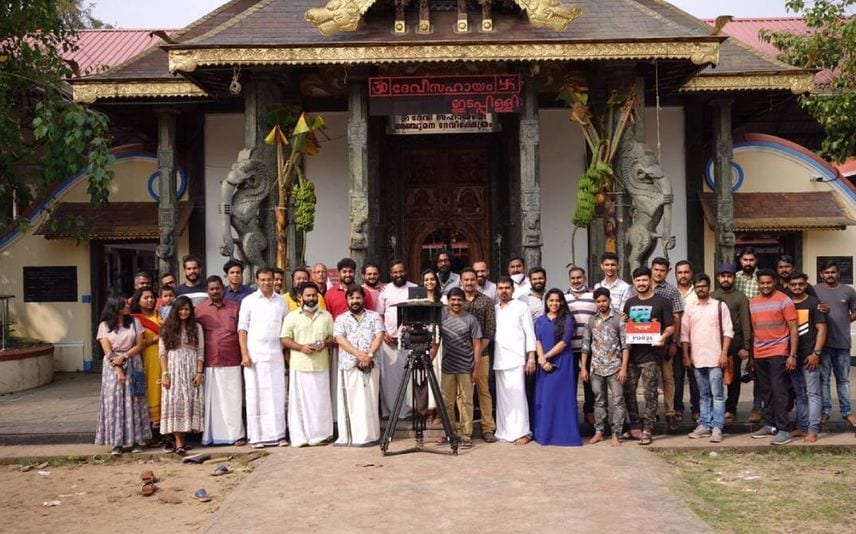 The movie ‘Khali Purse of the Billionaires’ starring Dhyan Sreenivasan and Aju Varghese has started rolling. Maxwell Jose, assistant of Lijo Jose Pellissery and V M Vinu, is the screenwriter and director of the movie respectively. ‘Ambili’ fame Tanvi Ram is playing the female lead in the movie.

The movie is produced by Ahmed Rubin Salim, Anu Jubi James and Nahas M Ahmed under the banner of Royal Buncha Entertainment. The shooting started with simple ceremonies at Kochi Edappally Anchumana temple on November 25.

The movie is about two youngsters named Bibin Das and Bibin Vijay. Their teachers and friends called them Dasan and Vijayan, two popular characters played by Mohanlal and Sreenivasan. Both of them became IT professionals and started planning about a business venture. The story revolves around how they overcome several difficulties to realise the dream.

Dhyan Sreenivasan to lose weight for his next

Husband prayed from outside, says Manjari during first visit to Guruvayur ...