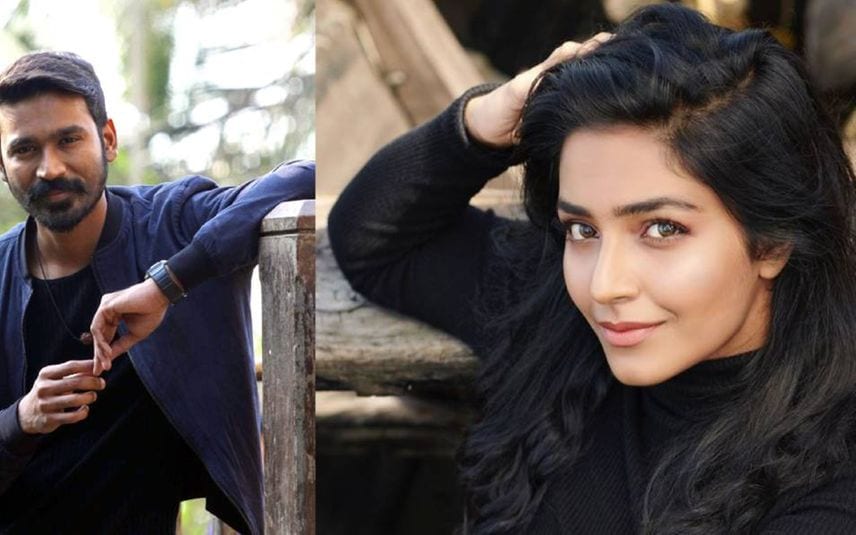 Chennai: Tamil star Dhanush stars with not one but three heroines in his upcoming film "Karnan".

Pictures from the film's set show Rajisha looking unrecognisable donning the look of a rural woman. The actress has had a dream run in Malayalam films last year with releases such as "June", "Finals" and "Stand Up", and "Karnan" marks her Tamil film debut.

Gouri took to social media to talk about the film, which was known as D41 before it got an official title. "I am deeply humbled to announce that I am on-board D41 with the phenomenal Mari Selvaraj sir," wrote Gouri. She is also a part of actor Vijay's new film "Master", where she is said to be playing a student.

Lakshmi, who has starred in films such as "Richie" and "Sivaranjiyum Innum Sila Pengalum", tweeted, on the auspicios occasion of Tamil New Year: "I am very happy to announce that I have joined the sets of #D41 #Karnan directed by the brilliant @mari_selvaraj sir. Very happy and excited to work with this amazing cast and crew."

Last month, "Karnan" was embroiled in controversy when rumours flew that the film is based on the 1995 Kodiyankulam Maniyachi communal clash. The makers reportedly received threats to stop shooting that was underway in Tirunelveli and Thoothukudi. Members of the political party Mukkulathor Pulipadai demanded that the shoot be cancelled. The party's leader, actor-turned-politician Karunas, even went on to say that the film is critical of a particular community, and its portrayal of history might create unrest in the region. Party members also urged the police to arrest the director.

Dhanush's other much-awaited film right now is Karthik Subbaraj's "Jagame Thandhiram". The film is likely to release on May 1. The first look poster of the film resembles the 15th-century mural painting "The Last Supper" by Italian master Leonardo da Vinci.