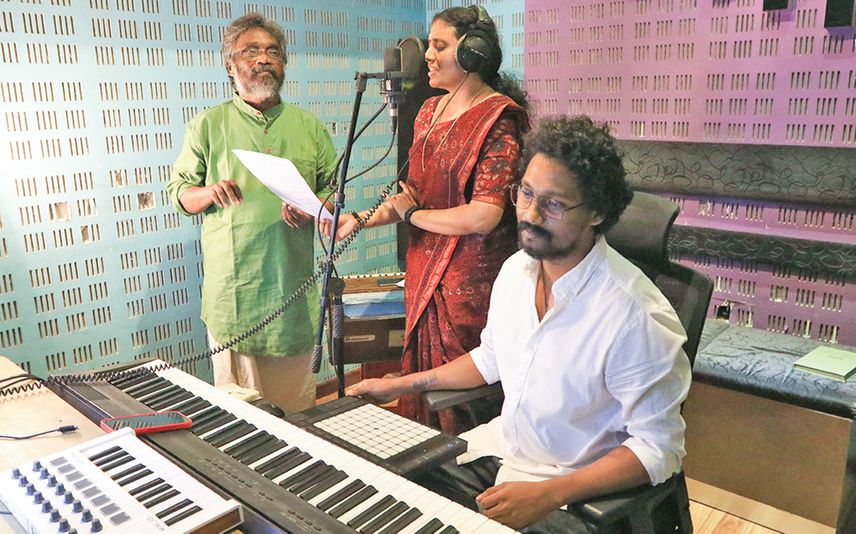 Thrissur: Thrissur collector Haritha V Kumar was in absolute confidence when she stood before the condenser microphone for her debut song in a Malayalam movie. She rendered voice to the music composed by Mohan Sithara in Hindustani raga Shyam Kalyan.

The recording of the song for the movie ‘Karuna’ directed by Roopesh was held at the studio at Chiyyaram in Thrissur. The shooting of the film is proceeding in Malappuram district.

Collector Haritha had sought permission from the Chief Secretary to sing for the movie. Her musical concert at Thiruvambadi temple had also gained public attention. She is adept at both music and classical dance.