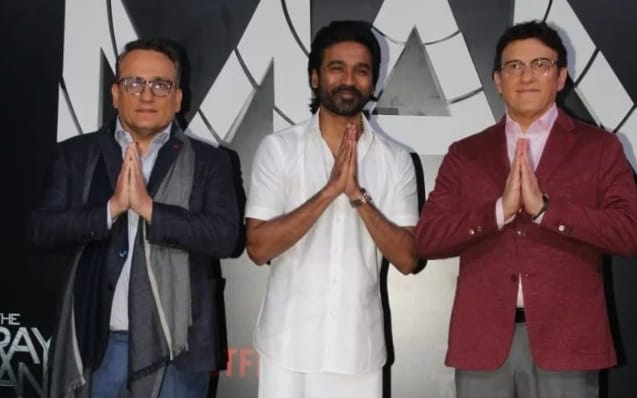 Dhanush at premiere of 'The Gray Man'

Kollywood star Dhanush has made heads turn at the grand premiere of his Hollywood film ‘The Gray Man’. The ‘Asuran’ actress showcased Indian culture in style by making his appearance clad in white mundu and shirt.

Interestingly, he was in the spotlight as most of the men were seen in western outfits at the event held in Mumbai on Wednesday. The photos and videos of the actor from the event have gone viral on social media. Many people hailed him for preferring to wear a traditional outfit which reveals his roots.

‘The Gray Man’ will start streaming on Netflix from July 22.