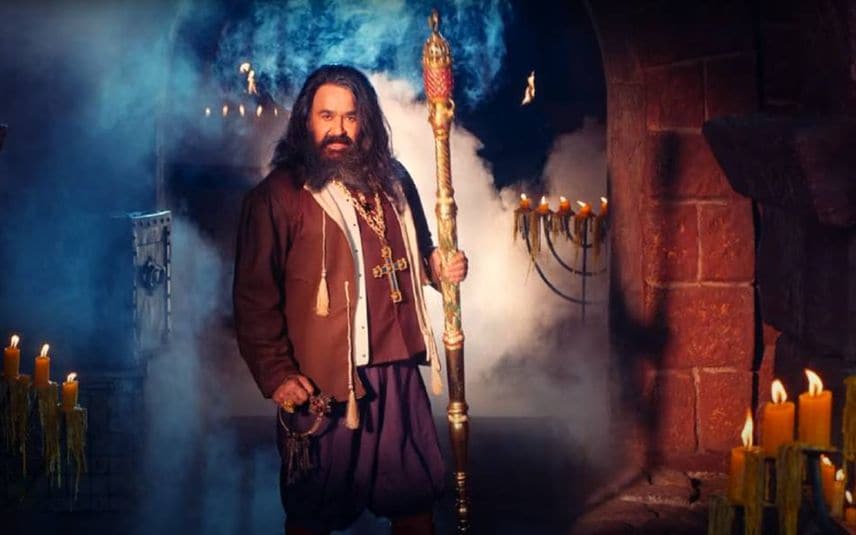 The first promo teaser of actor Mohanlal's directorial debut ‘Barroz: Guardian of Da Gama's Treasure’ has been released. Mohanlal will be appearing as a genie in the 3D movie. The teaser introduces the title character Barroz.

Guru Somasundaram, who became popular through the movie ‘Minnal Murali’ directed by Basil Joseph, also will be appearing in the movie. Many nationally and internationally acclaimed actors are part of the movie.

Santosh Sivan is the cinematographer and Santosh Raman is the production designer. The screenplay is penned by Jijo. The movie is produced by Antony Perumbavoor under the banner of Aashirvad Cinemas. The latest poster of the film was released the other day.