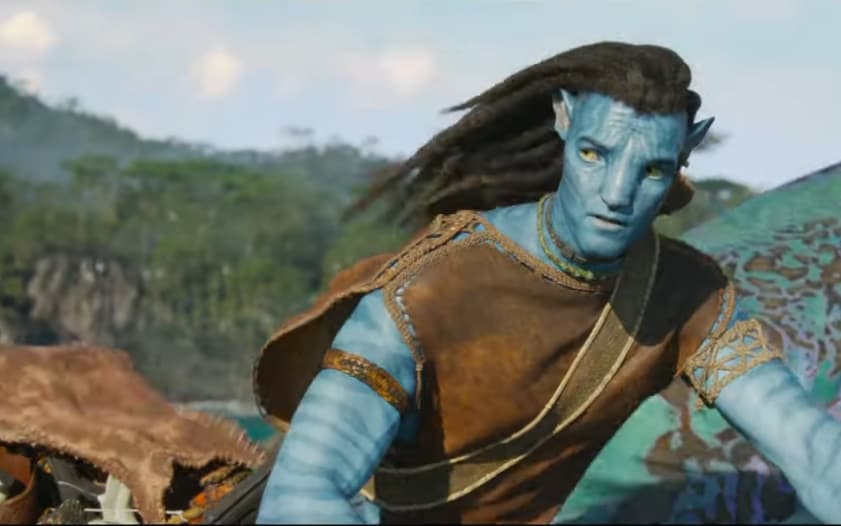 Avatar: The Way of Water | Screengrab

20th Century Studios has finally released the first glimpses of the much-awaited sequel of Avatar, titled 'Avatar: The Way of Water'.

The 1.36 minute-long teaser promises an action-filled visual treat in the second part scheduled for December this year.

The first part was released 13 years ago. It is reportedly the financially most successful film ever made in the world. It was re-released in China last year.

"Set more than a decade after the events of the first film, “Avatar: The Way of Water” begins to tell the story of the Sully family (Jake, Neytiri, and their kids), the trouble that follows them, the lengths they go to keep each other safe, the battles they fight to stay alive, and the tragedies they endure."

Nayanthara, who is known for her female-oriented films, is back with another one titled 'O2.' The thriller's teaser is now out and it looks promising.'O2' ..

'Arjun Reddy' fame Vijay Deverakonda has teamed up with star heroine Samantha Ruth Prabhu for a romantic love story, which is being directed by Shiva Nirvana ..

Mumbai: Actor Rashmika Mandanna attended a close friend's wedding recently.On Sunday, she took to Instagram and shared a string of images from her friend's ..