Anushka Sharma pens heartfelt note on Virat Kohli's birthday: Your core is made of honesty 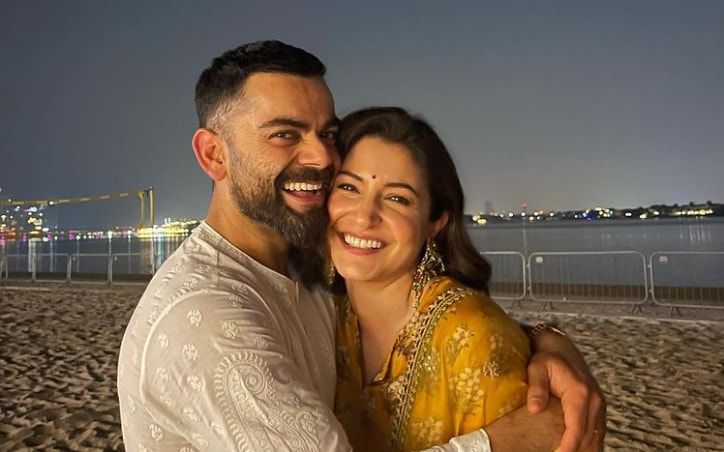 Mumbai: It's Indian skipper Virat Kohli's 33rd birthday and Anushka Sharma marked the occasion with an emotional note, praising her "amazing man" for his courage, honesty and guts of steel.

Sharma, who tied the knot with Kohli in an intimate ceremony in December 2017, said the sports star has the unmatched ability to bring himself out from "dark place".

“No filter needed, for this photo and the way you lead your life. Your core is made of honesty and guts of steel. Courage that pales doubt into oblivion. I know no one who can pick themselves up from a dark place like you can.

"You grow better in every way because you hold on to nothing in you as permanent and are fearless,” Sharma wrote on Intagram alongside a photograph with Kohli.

The celebrity couple, who welcomed their first child together this year in January, have always been particular about their privacy, but Sharma said she decided to share her feelings on Kohli's birthday because she wanted to tell the world how amazing her husband is.

“I know we are not ones to talk to each other through social media like this but sometimes I just want to scream and tell the world what an amazing man you are Fortunate are those who really truly know you. Thank you for making everything brighter and more beautiful Oh, and Happy Birthday cuteness!" she added.

Responding to his actor wife's birthday wishes, Kohli said he was grateful to have her in his life.

“You are my strength. You are my guiding force. Grateful to god everyday for us being together my love. I love you,” he replied on Sharma's post.

Apart from Sharma, many fans and people from the cricket and film fraternity wished the India cricketer on his birthday.

The Indian cricket team is currently playing the T20 World Cup in Dubai, UAE. Kohli-led India is set to take on Scotland on Friday evening in their Super 12 game.

This will be Kohli's last T20 World Cup as the captain of the Indian team. He had announced in September that he will step down as India's T20 skipper after the World Cup but will continue to lead the side in ODIs and Test cricket.