The makers of the film released its trailer on Wednesday, two weeks after the release of its teaser. 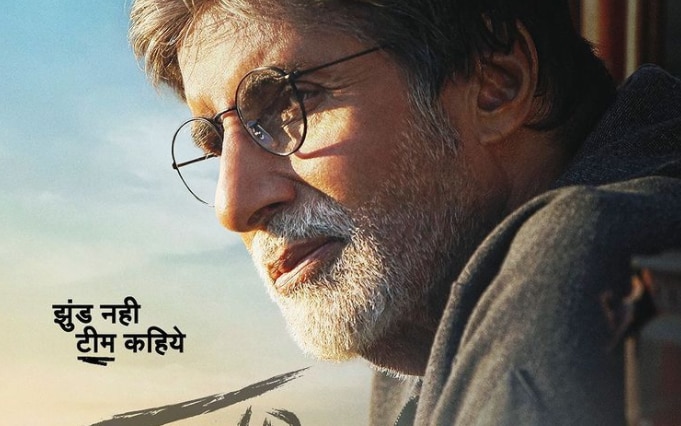 Mumbai: The trailer of the much-awaited Amitabh Bachchan-starrer and Nagraj Manjule directorial, 'Jhund', is finally out.

The makers of the film released its trailer on Wednesday, two weeks after the release of its teaser.

The trailer opens up with a bunch of slum boys chain-snatching, picking up fights and making a ruckus in their slum area. Here is where Big B makes a casual and unassuming entrance with his distinct base voice as the veteran coach, Vijay, who observes the slum children and sees a potential for them to change.

The slum kids, initially adamant and uninterested in anything, face an unforeseen tragedy that changes them emotionally. The film is then about their journey of fighting against all odds with Big B as their football and life coach.

Even without many dialogues, Amitabh, a veteran in his game, both on and off-screen, conveys the majority of what he feels through his eyes.

The trailer which also features actors Akash Thosar and Rinku Rajguru, the pair who made their debut in Nagraj's 2016 Marathi box-office hit, 'Sairat', has many goosebump moments with the heart pumping music of Ajat-Atul, Nagraj's trusted collaborators when it comes to music.

The film has been delayed for a long time, with its first look being released in 2020 and its release getting postponed due to the pandemic.

The sports drama has been inspired by the life of Vijay Barse, the founder of the NGO called Slum Soccers.

'Jhund' is Nagraj Manjule's debut film in Hindi and has been slated for a theatrical release on March 4, 2022.