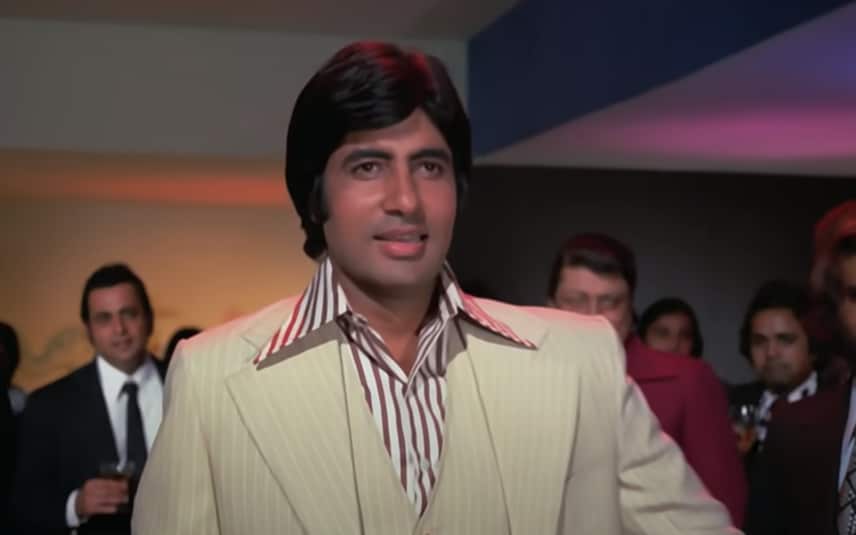 Bollywood 'Shahenshah' Amitabh Bachchan's classic movie Don completed 44 years on Thursday. The 79-year-old superstar's intense performance in Don is among his most iconic.

In his acting career of over fifty years, Amitabh Bachchan has delivered memorable films, famous roles and dialogues that have become part of the folklore. His blockbusters Zanjeer, Namak Haraam, Deewar, Chupke Chupke, Sholay, Coolie, Kabhi Khushi Kabhie Gham, Lakshya, Bunty Aur Babli, Sarkar, Bhootnath. Amitabh's movies show his versatility as an actor and Don became famous not only for his acting but for its songs.

The Chandra Barot directorial crime-thriller featured Amitabh Bachhan in double roles opposite Zeenat Aman, Pran, Iftekhar, and Helen. The movie spins around a lawbreaker, his break from the police, and how his lookalike took his place to help the police uncover the entire gang. The story was written by Salim Khan and Javed Akhtar.

Don (1978) was one of the greatest earning motion pictures of its time and rules the hearts of the fans even now. Take a ride through these interesting facts about this Bacchan classic.

'Khaike Pan Banaraswala,' the well-known melody from the film which has the crowd swooning even now, was not the piece of the film at first. The disclosure was made by Amitabh Bachchan in his blog. He said that the melody was a bit of hindsight and wasn't composed for Don. In any case, it was Manoj Kumar who proposed adding the tune in the final part after a harsh cut.

2. Amitabh got inspiration from his son's steps in the song

Amitabh initially took inspiration from his son Abhishek's steps. He has talked about his creative innovation.

"There is a dance move in the melody...that is a duplicate of Abhishek. As a smaller guy, at whatever point he heard music, he would move and do this avoid. I replicated that from him for the melody."

3. To get the scene right in the song, Amitabh ate 40 pans

Amitabh is extremely professional and gives his best to do justice to any role. Big B had to chew 40 pans to get the scene right. The 'chuna' used in the pan hurt Big B's tongue to the extent that he couldn't speak the next day at all.

5. Farida Jalal was to be part of the film

Farida Jalal had shot a small scene in Don but it was not included in the film due to its length.

Amitabh Bachchan shares a glimpse of his dubbing session

Mumbai: Global icon Priyanka Chopra Jonas, who recently welcomed her newborn daughter, has resumed work as she returns to the sets of Citadel.Taking to ..