Allu Arjun thanks fans for making 'Ala Vaikunthapurramuloo' a 'magnanimous hit' 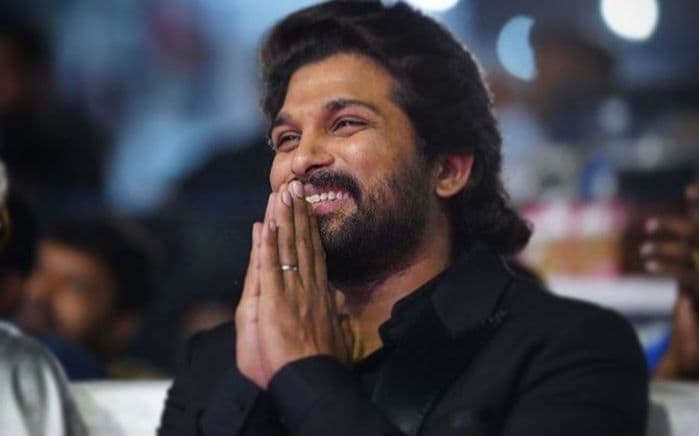 Hyderabad:Telugu star Allu Arjun is thrilled about his latest film "Ala Vaikunthapurramuloo" opening to great numbers. He has thanked the audience for making it a "magnanimous hit".

"I whole heartedly thank my audience for blessing us with this magnanimous Hit... and bringing smiles into our lives. So content in our hearts to celebrate the success with you all. Humbled #AVPL celebrations," Arjun tweeted on Monday.

With Rs 119 crore (net) at the box office within one week, the film, which hit the screens on the festive occasion of Sankranti on January 12, has now become the second highest grosser in the Nizam/Andhra area after "Baahubali - The Conclusion", said industry sources.

Arjun also tweeted a photo of his film's team, including the director Trivikram. He captioned it: "The smiles that come during a Genuine success is soo beautiful. The joy comes from deep inside. We get that joy only when people truly heartfully bless us. Thank you all for your blessings."

A spokesperson from the film's production house, Geetha Arts, said: "Every film we work on, we have faith in it. With 'Ala Vaikunthapurramuloo', our conviction was hugely rewarded. The numbers that we are seeing are great; they mean that so many people have taken time out from their lives and trusted us to entertain them."

"The positive response for the film, the unique story, the music and of course, Allu Arjun, has not stopped since we released just over a week back. The love of the audience has helped us reach this level of success and we are sure that it will help us achieve new milestones too," the spokesperson added.

The movie also features Bollywood actress Tabu, who made her return to Telugu films after over a decade.