He was cremated at Chandanwadi crematorium. 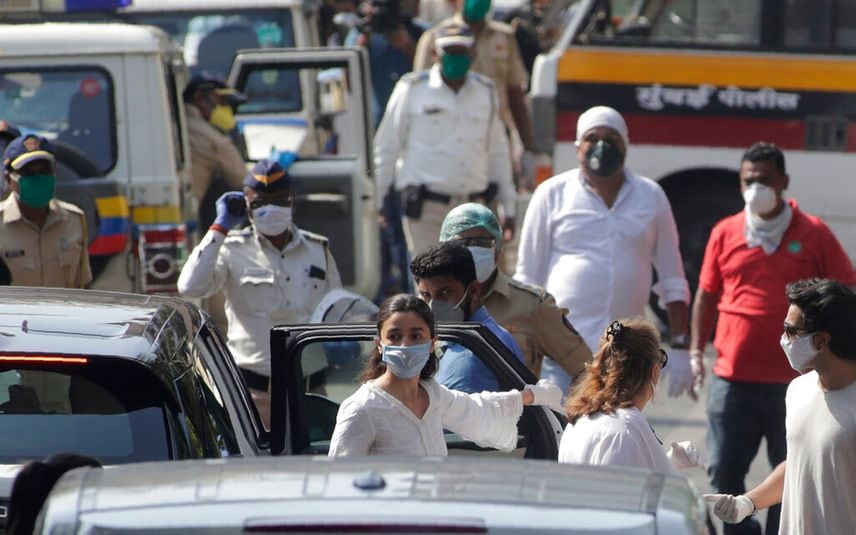 Rishi Kapoor, who was 67, passed away on Thursday morning. He was cremated in an electric chamber, according to timesofindia.indiatimes.com.

Celebrity photographer Viral Bhayani took to Instagram, where he shared a video of Rishi's last journey. All family members and friends who were at the funeral turned out wearing masks and gloves, amid the COVID-10 lockdown.

Rishi Kapoor breathed his last on Thursday morning after a long battle with cancer.

"Our dear Rishi Kapoor passed away peacefully at 8:45am IST in hospital today after a two-year battle with leukemia. The doctors and medical staff at the hospital said he kept them entertained to the last," confirmed his family in a statement.

His wife Neetu Kapoor was by his side when he breathed his last in the morning. Rishi Kapoor is survived by wife, actress Neetu Kapoor, daughter Riddhima and son Ranbir.