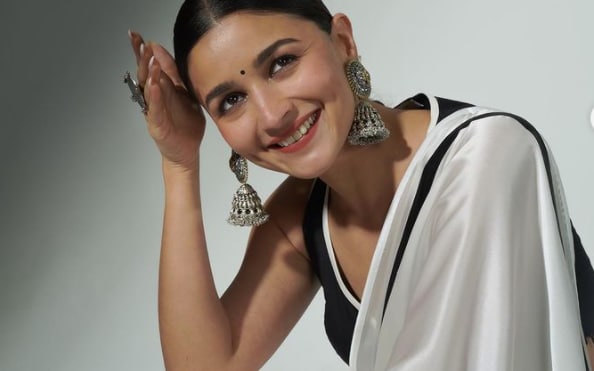 Mumbai: Actor Alia Bhatt, who recently tied the knot with Ranbir Kapoor, is all geared up to shoot for the next schedule of her upcoming film 'Rocky Aur Rani Ki Prem Kahani'.

Beaming like a ray of sunshine, Alia stepped out of her house for the first time after her wedding to Ranbir last week.

The 29-year-old actor looked radiant in a light pink loose-fitted suit which she paired with her Christian Dior handbag. As fresh as a daisy, the new bride in the tinsel town also flaunted her mehendi and wedding ring while greeting the paparazzi outside the airport.

For the unversed, not only Alia, but her husband Ranbir Kapoor has also resumed work. On Sunday, he was spotted at the T-Series' office.

Ranbir and Alia tied the knot in an intimate wedding ceremony held at the former's Bandra residence Vastu on April 14, after dating for five years. (ANI)