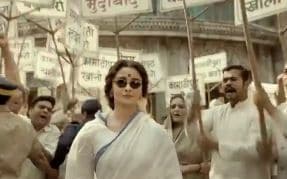 Mumbai (Maharashtra): Actor Alia Bhatt has headed to Berlin to attend the world premiere of her film 'Gangubai Kathiawadi' at the Berlinale Special Galas.

Paparazzi clicked Alia and her sister Shaheen Bhatt at the Mumbai airport late night. Alia gave major airport look goals as she opted for an all-white attire. She wore a white turtle neck with matching trousers.

Later, Alia also dropped a sneak peek of her work trip on her Instagram Story.

Sharing a picture of her sister Shaheen, Alia captioned it as," Berlinale 2022."

For the unversed, 'Gangubai Kathiawadi', which is helmed by Sanjay Leela Bhansali, revolves around a maiden sold by a suitor into prostitution and how she becomes a prominent, celebrated figure in the underworld and Kamathipua red-light district.

The film, which also stars Ajay Devgn, is scheduled to release in theatres on February 25.