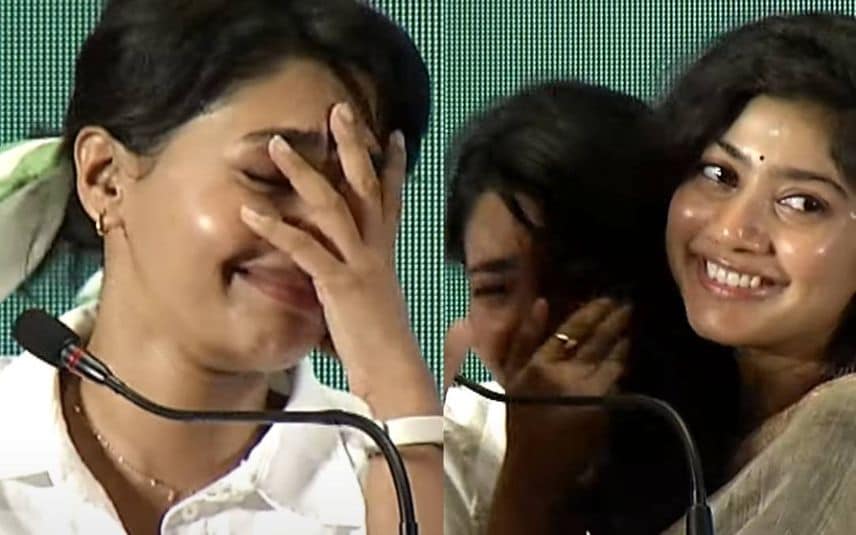 Actress Aishwarya Lekshmi became emotional during the promotion programme of the upcoming movie ‘Gargi’ starring Sai Pallavi. 'Gargi' is a women-centric intense drama written and directed by Gautham Ramachandran that is charted for release on July 15.

Aishwarya Lekshmi is one of the producers of the movie. She broke down while speaking in front of the mike. Sai Pallavi rushed to the stage upon seeing this, embraced Aishwarya and consoled her.

“Today is a very emotional day. This movie is a journey of three whole years. I think I will cry if I say this now,” Aishwarya said before she started crying. Sai Pallavi who came to console the actress said, “These are happy tears. Aishwarya has put in a lot of effort for this movie right from when its script was written. She stood right by Gautham Ramachandran through everything, which is why this is an emotional moment for Aishwarya.”

Subtitle artists of 'Thallumaala’ call out Netflix for editing subtitles ...

There are times when I feel I want to have a baby: Mrunal Thakur