After Oscars incident, Will Smith in India to meet Sadhguru

Post the incident, his visit to India has assumed significance in light of reports of Smith's marital troubles. 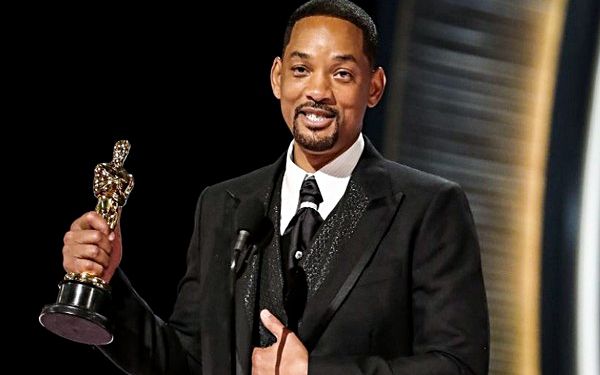 Mumbai: Hollywood star Will Smith was spotted at the Mumbai airport on Saturday. Reports say Smith is in India to meet spiritual leader Sadhguru, following the incident at the Oscars where he slapped Chris Rock onstage, leading to speculation over his personal life.

Smith was seen interacting and laughing with people around.

'The Pursuit of Happyness' actor hit the headlines because of the incident at the Oscars where he assaulted comedian Chris Rock after the latter made fun of Smith's wife Jada Pinkett Smith's bald head.

Post that Smith has been banned from attending any Academy event for the next 10 years, including the Oscars. He had won the Best Actor award for 'King Richard'.

A picture showed Will Smith at the airport in Mumbai. As per reports, he is staying at the JW Marriott Hotel in Juhu.

The actor has visited India on several occasions. He last came in 2019 for the shooting of his reality show 'The Bucket List'. He also visited Haridwar and took part in the 'Ganga Aarti'.

After the slap incident, Will also took to Instagram to apologise to Chris.

He wrote: "Violence in all of its forms is poisonous and destructive. My behavior at last night's Academy Awards was unacceptable and inexcusable. Jokes at my expense are a part of the job, but a joke about Jada's medical condition was too much for me to bear and I reacted emotionally."

Post the incident, his visit to India has assumed significance in light of reports of Smith's marital troubles.