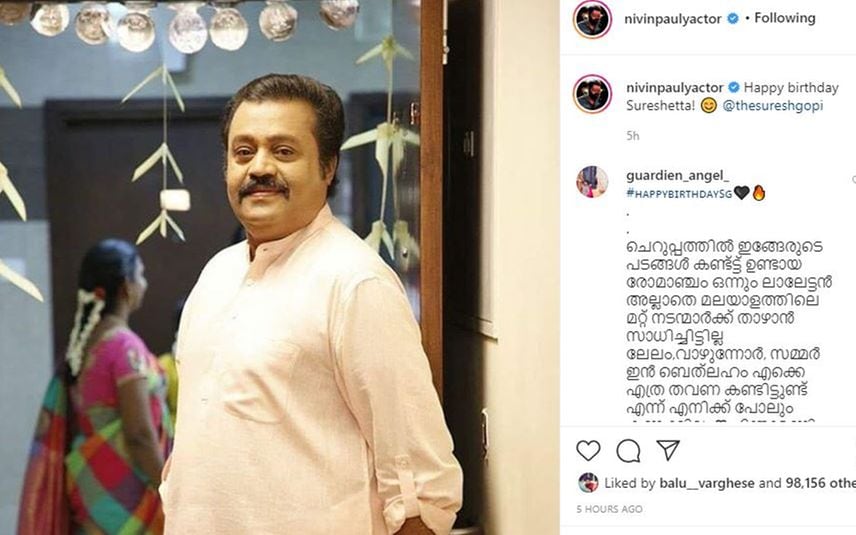 Mollywood actor and politician Suresh Gopi is celebrating his 61st birthday on June 26, Friday. Several actors and his fans took to social media pages to greet him.

On the special occasion, Mohanlal and Mammootty extended their greetings to Suresh Gopi through their Facebook pages. The superstars also shared the teaser of Suresh Gopi’s upcoming movie ‘Kaaval’. 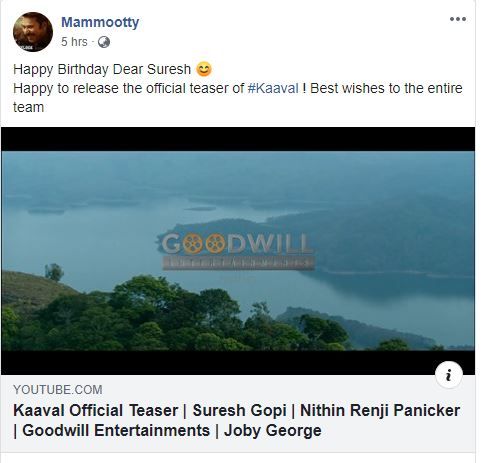 “Sureshetta, thank you for all the good times and laughs and great conversation on the sets of Varane Avashyamund ! Here’s wishing you the happiest birthday ! Lots of love always,” greeted Dulquer Salmaan.

He also shared a pic featuring him and Suresh Gopi from the location of ‘Varane Avashyamund’.

Sharing a pic from wedding, actress Bhama penned an emotional post on Suresh Gopi. She noted that he always supported her as a father and elder brother.

Jayasurya, Nivin Pauly, Tovino Thomas, and many others in Mollywood extended warm greetings to the yesteryear action hero. 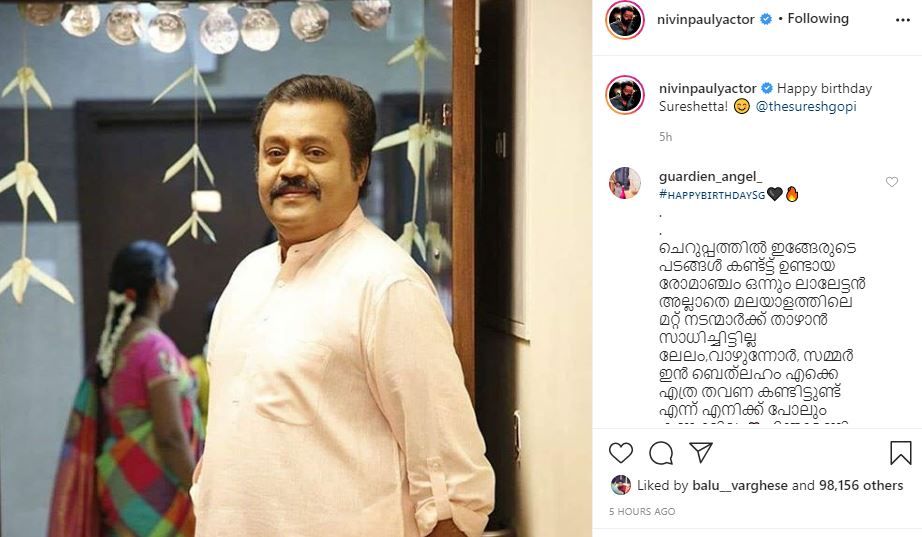 Suresh Gopi’s next ‘Kaaval’ is directed by Renji Panicker’s son Nithin Renji Panicker. The trailer of the movie hints that it will be a visual treat for Suresh Gopi fans who are eagerly waiting to seen him as an action hero with punch dialogues and action sequences.

Nithin Renji Panicker made his debut with Mammootty starrer ‘Kasaba’ which was released in 2016.