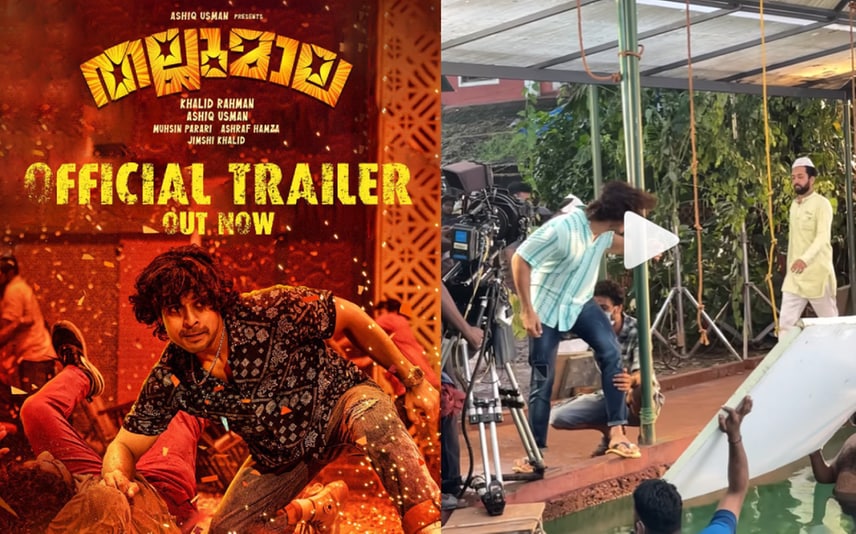 It was just two days back that the official trailer of Tovino Thomas - Kalyani Priyadarshan starrer 'Thallumaala', a Khalid Rahman directorial, premiered on YouTube. The video that has garnered more than 2 million views by now, is every bit colourful and promising. Actor Tovino Thomas on Sunday took to Instagram to post a behind-the-scenes video from the shooting location of the movie which has left his fans awestruck. The video shows how he gets slapped across his face for real just to get the perfect shot. The actor can also be seen laughing right after the slap.

He gave a quirky caption along with the video that goes - “Adi kondonte chiri kandoli” which roughly translates to 'See the smile of the one who got slapped.'
Tovino fans were quick to react to the actor’s dedication and commitment to his role and showered him with love through comments.

A funny exchange of words between the actor and actress Samyuktha Menon was another highlight of the post. She commented - “Ithippo anakku puthumayulla karyonnum allallo” meaning that this was not something new for him (referring to a similar scene from their movie ‘Theevandi’). To which Tovino quipped that in other movies he would get a kiss for a slap but that no such thing happened this time.

Wamiqa Gabbi, Tovino’s co-actress in the 2017 movie ‘Godha’ also commented below the post.