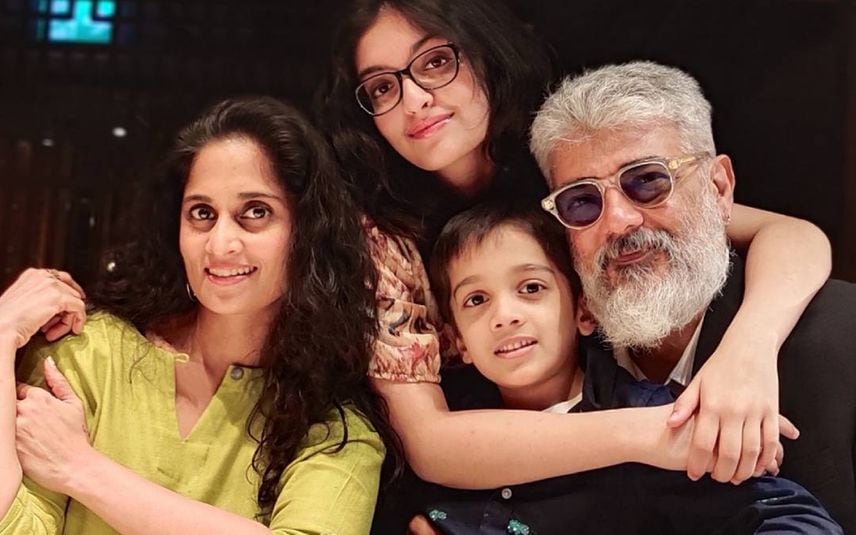 Kollywood superstar Ajith Kumar's fans are overwhelmed with joy on seeing a family photo of the actor. In the family pic, the actor was seen with his wife actress Shalini and their two children Anoushka and Aadvik.

Shalini’s brother Richard Rishi has tweeted the adorable pic as extending birthday wishes to his nephew Aadvik.Within minutes, the pic has gone viral on social media.

Neither Ajith nor Shalini is active in social media. Hence, their family photos never surface on the social media platform. It is learnt that a family pic of Ajith and Shalini has come out after around 10 years.

Interestingly, Richard also shared a cute pic of Ajith and Shalini with the caption ‘Amarkalam’.

Shalini and Ajith fell in love with each other while acting in the Tamil movie ‘Amarkalam’. Shalini who was a popular actress in Malayalam and Tamil films quit the industry after marrying Ajith in 2000.

As the pics reveal, the actor is spending quality time with his family amidst the celebration of the movie’s success at the box office.