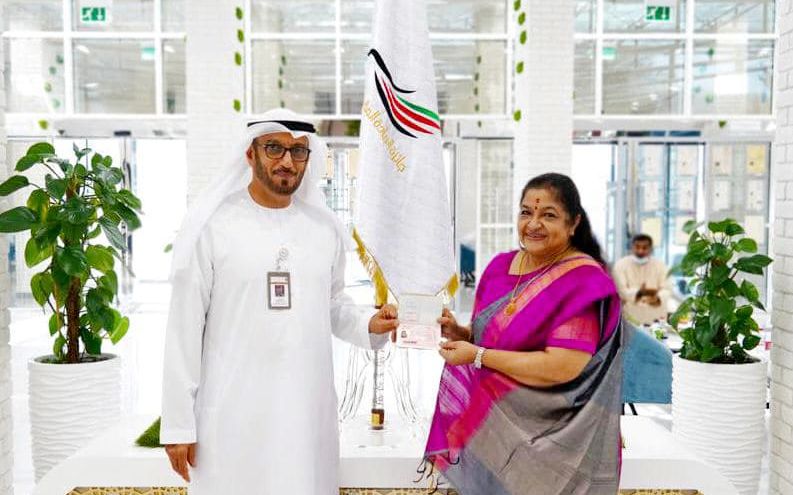 Chithra received the Golden Visa that has 10 years validity from Major General Mohamed Ahmed Al Marri, the director general of General Directorate of Residency and Foreigners Affairs (GDRFA) in Dubai.

Chithra said in a Facebook post that she is pleased, honoured and privileged to receive the Golden Visa from the director general of GDRFA.