In their Grammys debut, Eilish, 18, and her brother/recording partner Finneas O'Connell, 22, took home six of the seven awards they were nominated for on Sunday. 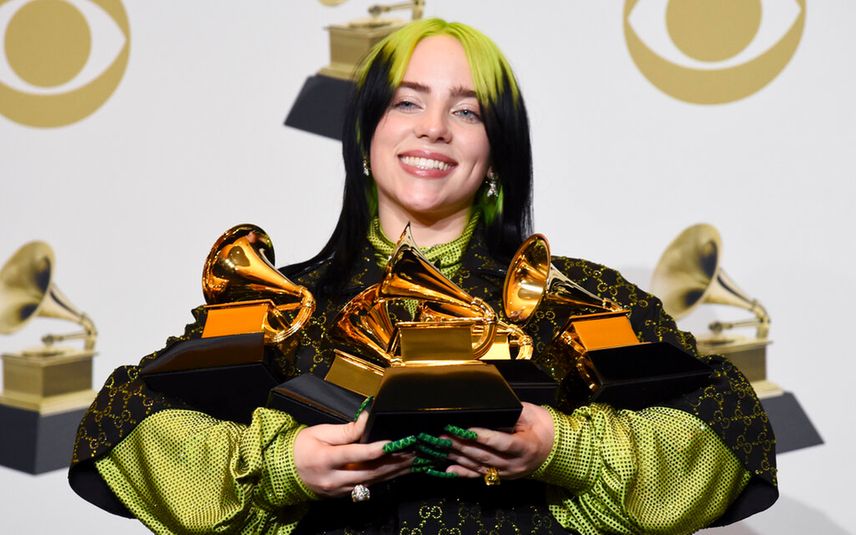 Los Angeles: Singer Billie Eilish swept the top Grammy categories, including album of the year, on Sunday night. She is the youngest and the second artiste to win in the major four categories at the prestigious awards ceremony.

In their Grammys debut, Eilish, 18, and her brother/recording partner Finneas O'Connell, 22, took home six of the seven awards they were nominated for on Sunday, reports variety.com.

Eilish won album of the year and pop vocal album (for "When We All Fall Asleep, Where Do We Go?"), song of the year (for "Bad guy") and new artist. She lost pop solo performance to Lizzo (for "Truth hurts").

O'Connell nabbed engineered album (for "When We All Fall Asleep") and producer of the year (both non-classical).

Following a performance by Ariana Grande, the superstar siblings took the stage, delivering an emotional rendition of "When the party's over", a single featured on Eilish's last album.

They took the stage again after winning song of the year for "Bad guy". "I don't even know what to say, I didn't even think we'd win for this," O'Connell said.

"Thank you," Eilish and O'Connell said in a speech at the end of the night after their record of the year win, which immediately preceded album of the year. "Can I just say that I think Ariana deserves this?" Eilish said during that acceptance speech.

"We didn't write a speech for this because we didn't make this album to win a Grammy," O'Connell said. "We didn't think it would win anything, ever. We wrote an album about depression and suicidal thoughts and climate change and being the bad guy -- whatever that means. And we stand up here confused and grateful."

Christopher Cross is the only other artiste to win in the big four categories, in 1981.