Before I wanted to fly on an aeroplane, now I’ve travelled to many countries. 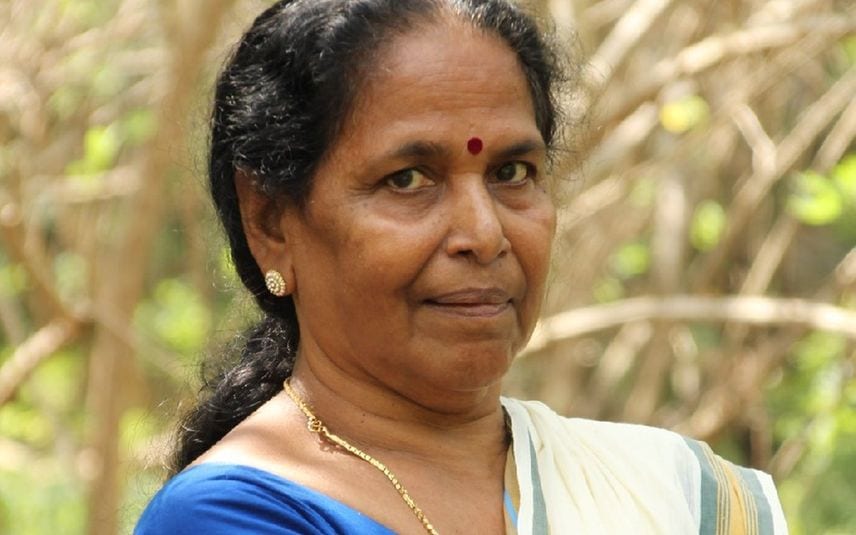 “The movie was taken in my style. Most of the visuals represent my experiences” said Nalini Jameela, a writer and sex worker, who also won the special mention in Kerala state awards 2020 for costume designing for the movie ‘Bharathapuzha’. Bharathapuzha is based on the life of a sex worker. According to her, the award is for the effort of entering the creative world of cinema from a different section of social life.

I never expected this award as this is the first time I am doing costumes for a movie. 'Bharathapuzha' is my friend’s movie and he told me that I don’t have a role to do in this movie but the duty of a costume designer. That was a friendly request and I could not deny it. He told me to follow the new styles of dressing and I followed my way of dressing throughout it. I don’t wear expensive dresses or ornaments in my life. This was not at all a job and felt like pieces from my experience.

13 sarees were chosen for the movie initially and later bought two-three more. We used to wear Poonam saree, grey silk models and have used the same in this too. Also, we were very vigilant in choosing the colours too. Attractive and colourful sarees at night and light shades in the daytime were chosen.

Now I am overwhelmed. I had suffered a lot throughout my life. But now I feel that once we set ourselves to fight, we can do wonders. Earlier, I wanted to fly on an aeroplane, now I’ve travelled to many countries. Likewise, my biggest dream currently is to build a house for the sex workers who are old and not able to earn now. I am also old and I want to protect them from getting into the streets at old age. Currently, I am working on a book.