His latest work ‘Santhoshathinte Onnam Rahasyam’ or ‘Joyful Mystery’ hit the OTT screens lately and has been receiving great responses. 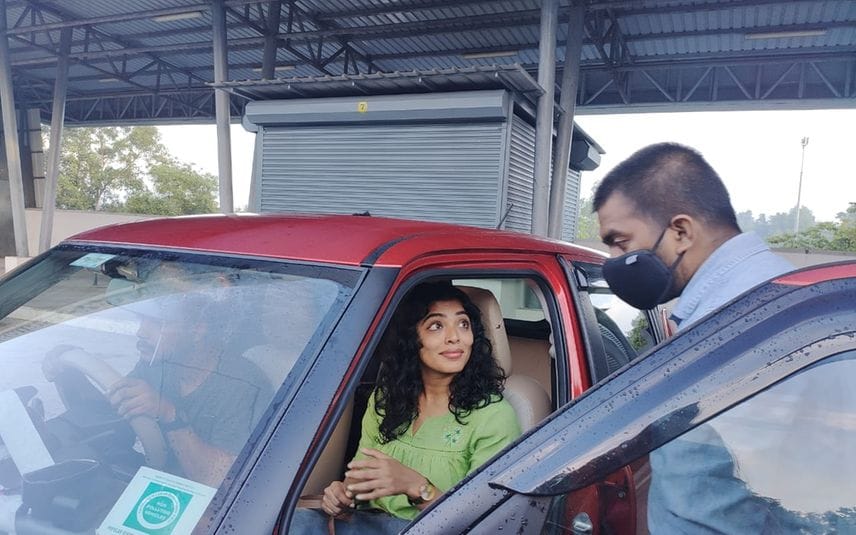 Don Palathara, a man treading on his own path in the field of cinema. A trailblazing film director, terrific screenwriter, and exemplary documentary filmmaker from Kerala. He is painting the horizon of Indian cinema with the hues of progressive thinking, etching out its length and depth with his brush like a skilled artist. His latest work ‘Santhoshathinte Onnam Rahasyam’ or ‘Joyful Mystery’ hit the OTT screens lately and has been receiving great responses. He talks about ‘Santhoshathinte Onnam Rahasyam’ and the adventurous journey of bringing out a single-shot movie with just two characters.

You’ve been receiving great reviews for ‘Joyful Mystery’. What are your thoughts?

I am extremely happy to see all the reviews that I am receiving for this movie. This movie communicates to people in different ways. Few of the audience look at the movie from the perspective of Rima Kallingal’s character in the movie, Maria. Others view things from the point of view of Jitin Puthenchery’s character, Jitin. Some of them even relate to both characters. The movie depicts the story of two particular characters. Initially, I was concerned whether the movie would appeal to the taste of the older generation. But after the release of the movie, I realised that more than the generation shown in the movie, real-life situations, and viewpoints are being understood and accepted. For people who have experienced life in a different way, even the concept of ‘cinema’ may seem unacceptable. Having said that, I am happy that the movie is reaching out to people belonging to the older generation as well. People have been calling me and telling me their views about the movie.

Can you explain the journey of the movie from the birth of the concept to the final work on screen?

Shooting was not possible during the lockdown, but I was writing a few scripts during that time. It was a very productive period for me. We were unable to go out to shoot or even look for locations. The thoughts narrowed down as to how I could bring out a movie sticking to the COVID restrictions. The pandemic forced people to stay confined in their homes with other people and I believe that there has been a considerable impact on relationships. I was pretty sure that such an element, the conflict in relationships will be brought into the movie along with the portrayal of people trapped in a time and space.

A single-shot 85-minute movie with just two characters and one support character. What were the challenges that you faced?

I believe that if it’s not challenging then there is no point in bringing out a movie. The biggest challenge that I faced was finding the actors who would be able to do justice to the roles. It was imperative to find the right people for the roles, so we conducted workshops to finalise the actors. Then we conducted another workshop and led a very interactive session where they expressed their views on the characters they were doing. I listened to all that. It gave them clarity and assured them that they were on the right track. We did a few exercises. I was able to further sculpt the characters after discussions with them and gave them all the freedom to handle their characters. Another thing was the technical aspect. Shooting a single-shot movie did pose a few challenges of its own.

More than slamming patriarchy, the movie glorifies feminism. Do you feel that a section of society may find it difficult to adjust to that?

Some of the viewers found the character of Maria as an over-complaining and nagging woman. That is a stereotype that the character was subjected to. We are looking at one and a half hours of their life. Maria is handling the character in her own way. That is all there is to that. It does not provide any room for judgement against Maria. Maria has all right to behave that way because she is faced with a situation like that.

What was the level of improvisation in the movie? Were the dialogues scripted or spontaneous?

Nothing was improvised during the shoot. We had held a workshop where the actors pitched in dialogues that they found suitable for the script. I listened to the recording of that and modified the script to accommodate those dialogues. The script underwent a lot of reviewing and after the final script was set, the actors had to learn all lines by heart. Only after that did we move to the performance side of the movie. The emotional balance and continuity were explored after the dialogues were learned. Rima has contributed a lot to her character. I could hear them, but was unable to watch them during their performance. I had to wait until after the shot to analyse their performance and make a judgement. Luckily, both the actors showcased great performances.

The character of the woman who enters their car is a personification of Indian society. Is that what you had in mind while developing that character?

Yes. I have always tried to capture in my movies the generational conflict that is prevalent in our society. It is something that we have all experienced as young people are still experiencing to an extent. The woman’s character in this movie is just a representation of that.

Your thoughts about the entry of your movie into the Moscow International Film Festival?

Kirill Razlogov, the great Russian film critic and the program head of the Moscow International Film Festival had watched my movie '1956'. He expressed his interest to watch ‘Joyful Mystery’ when it was released, so I sent him the movie. He watched the movie and loved it. He looked at the movie from a different angle, an angle that is very rarely explored by the normal audience. He defined the movie as a ‘portrayal of contradictions’.