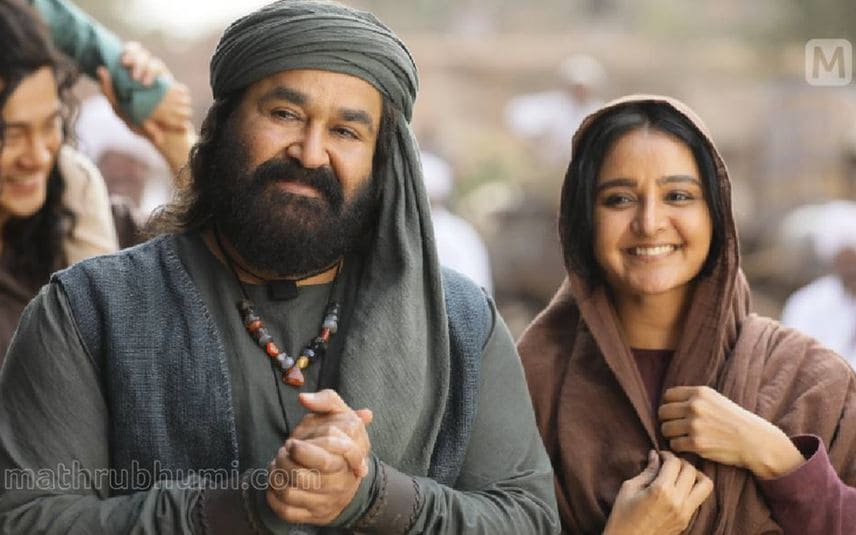 Mohanlal, one of the biggest superstars of the country, says there are days when he is overwhelmed by the burden of fans' expectations but the actor says what keeps him from not succumbing to the pressure are his diverse film choices.

The actor, who predominantly works in Malayalam cinema, has featured in nearly 350 films in his career of more than four decades.

Though he enjoys a loyal fan base, Mohanlal said his attempt has always been to pick up different films which don't restrict him to a certain genre according to the perception of his admirers.

His latest war epic "Marakkar: Lion of the Arabian Sea" is a complete departure from his last film "Drishyam 2", a thriller which was released earlier this year.

"There are days when the burden definitely feels too much. Fans want their actor, their hero within their limits. They want their hero to be just their own. We cannot cater 100 per cent to that. Fortunately, I am doing different kinds of films.

"Otherwise I would be doing films only in one league. My films are varied. You cannot compare 'Marakkar' with 'Drishyam', each film has its own soul and identity. People who want to watch 'a Mohanlal film' should give me that kind of freedom too," Mohanlal told PTI in a Zoom interview.

"Marakkar: Lion of the Arabian Sea" is written and directed by the actor's longtime collaborator, filmmaker Priyadarshan. The film, which released theatrically earlier this month, premiered on Amazon Prime Video on December 17.

Mohanlal features in the Malayalam magnum opus -- set in the late 15th century and early 16th century -- as Kunjali Marakkar IV, considered to be one of the greatest naval chiefs of India.

The 61-year-old actor said he had studied about Marakkar in school and how he led the war against the Portuguese invaders. It was also Priyadarshan's dream to give the story a big screen treatment.

The duo first started thinking about mounting the film after their acclaimed 1996 drama "Kaalapani". But back then, the team had to put the idea on the back burner due to financial constraints.

But Mohanlal said it was not easy to mount a film on such a lavish scale.

"To incorporate everything within 106 days was the biggest challenge. Otherwise we would have spent a year making this film, but we didn't have that much money and time. Because if the shoot lasted for six months, the cost factor would have gone high. Apart from this, mounting a huge set, filming those tough action sequences were enormously challenging as well," he said.

The film was shot simultaneously in Malayalam and Tamil. For its streaming run, "Marakkar" will be available on Prime Video in Hindi and Telugu as well.

After the pan-India success of Malayalam hits like "Drishyam" (2013) and 2019 action thriller "Lucifer", Mohanlal said the team found the perfect opportunity to cater to a wider audience in "Marakkar".

What also helped was the mammoth success of Telugu filmmaker SS Rajamouli's "Baahubali" franchise, credited as the biggest pan-India blockbuster.

"After films like 'Lucifer', 'Drishyam', the Malayalam film watching audience had increased, it reached all over India. So we got the opportunity to make a film that could be dubbed and reach a wider audience. So 'Marakkar' is in Tamil, Telugu, Kannada and Hindi.

"This is a costume drama, and after 'Baahubali', people have started liking watching movies like these. This film carries different action sequences also, because it is totally about war in the sea, which is not common in films," he added. PTI

Thrissur: Passengers in Mangala Express experienced some shocking moments after the engine of the train got detached from the bogies here on Wednesday ..