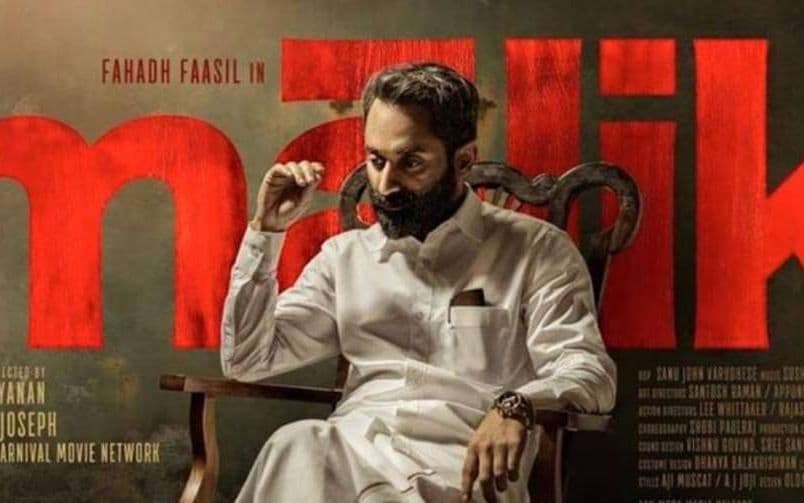 Much before the critically-acclaimed drama thriller 'Take Off' and the experimental 'C U Soon', director Mahesh Narayanan and Malayalam star Fahadh Faasil were supposed to work together on 'Malik'.

The success of his 2017 directorial debut 'Take Off' gave Mahesh Narayanan, primarily a prominent editor in South cinema, the confidence to mount 'Malik' on a grand scale.

"'Malik' is actually the first film Fahadh and I were supposed to collaborate on. We have been friends for a long time. When the initial idea came I bounced it off to Fahadh. It was not exactly the film that we ended up making. As time progresses, the perspective of the filmmaker also changes.
After 'Take Off', I felt I could push in terms of budget and boundaries where I try to explore a film. I tried to make a film which could be experienced in a collective manner," the filmmaker told PTI in an interview over Zoom.

After 'Take Off', Mahesh said he moved on to another project which did not materialise, and Fahadh instantly knew something was wrong with his longtime friend.

The writer-director said the actor encouraged him to try making 'Malik'.

"He was the guy who pushed me that I should try (making Malik). He is a friend like that who will constantly keep pushing, saying it should reach out to people and that you should make the film."

Produced by Anto Joseph, 'Malik' chronicles the journey of Sulaiman Malik (Faasil), a charismatic leader bestowed with unconditional love and loyalty from the people of his community who leads a revolution against authoritative forces that try to encroach on the lives of his people.

Spanning different time periods, the film is a story of a past ridden with crime, death and pain that is recounted to Freddy, a juvenile criminal, who has been assigned to eliminate his estranged uncle Sulaiman while behind bars.

Mahesh said the upcoming crime drama, which is slated to be released on Amazon Prime Video on July 15, is also the first film he made for geography.

Set in a fishing village in Kerala, 'Malik' spans through three different time periods that see Fahadh Faasil's protagonist grow from a young migrant to an old man.

The 39-year-old director said like 'Take Off', his latest release also focuses on human emotions while respecting the location it is set in.

In that way, 'Malik' was written for the theatres. But as the coronavirus pandemic hit the country, the variables changed and so did the release strategy for the film.The film was ready from last February, Mahesh Narayanan said.

"We had our first date which was supposed to be in April. After that we had three dates; the last date was May 13, 2021. Again we couldn't deliver the film because of the pandemic."

The filmmaker said there is "no regret" about releasing the film on a streaming platform as it has been a long wait for the audience.

"Content has to be told in a particular time frame. If we are going to push the release again and again, the idea behind the content remains the same but the way it is being narrated keeps on changing. Everyday we change as filmmakers.Ultimately, there's a huge investment that is made for a film," he said.

"There are stakes which have to be fulfilled. The investor has to recover the money. If everything gets back to normal, there will be one possibility of showing the film in the exact theatrical experience to the right kind of audience who are expecting it."

After establishing himself as an accomplished and successful editor with films like 'Traffic', 'Viswaroopam', and 'Ennu Ninte Moideen', Mahesh Narayanan ventured into writing and made his debut as a writer with 2015 Malayalam film 'Mili', which was received well upon its release.

The director said after editing 40 odd films, he realised that it was high time he worked on his own film and narrated the story he wanted to share.

"The biggest advantage for me as an editor was the transformation of me becoming a writer. A screenplay is a craft, it's not an organic form of writing. While writing, I also found that I write from the editor's point of view. Since I choose from the edit, a film like 'Malik' has very minimal deleted scenes. So the process also becomes quite economic," he added.

But there are also disadvantages of being a director, who is also an editor and a writer, Mahesh noted.

"I don't give that much freedom to the actors. There are also times when I have no patience. Actors often criticise me. Sometimes I say you can do all of it (acting) but I'll eventually only take a portion of it. I'm very clear about it. But nowadays I'm trying to be more patient."