Newcomers yet to walk into limelight in the field of caricature: Jayaraj Warrier

Many years later, Jayasurya told me this at the location of Punyalan Agarbathees. It was about Jayasurya that I had made that remark. The young man who accompanied him is the famous director, Jis Joy. 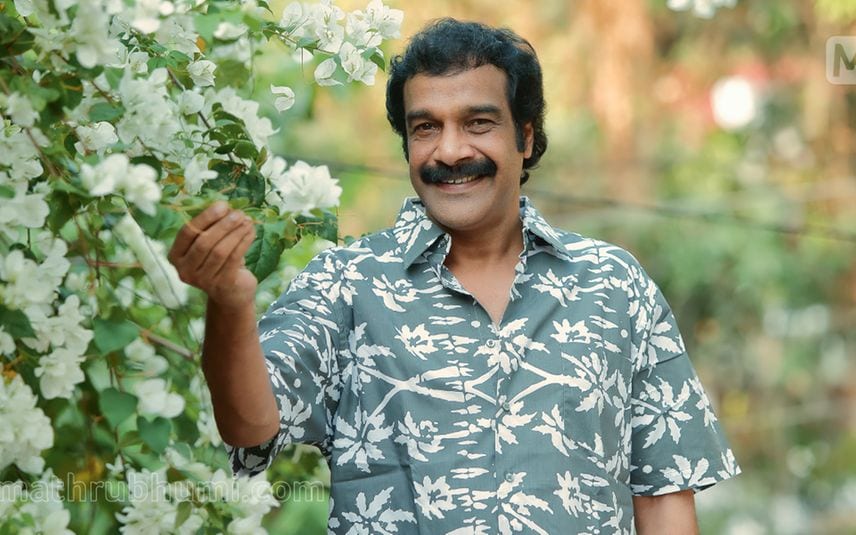 Excerpts from the ‘Clubhouse’ conversation of stand-up comedian Sajeesh Kuttanellur with the well-renowned caricaturist and famous movie artist Jayaraj Warrier who has been a prominent figure in the field of art for over three decades.

Describe the birth of the modern art form of caricature and your inclination towards it?

I used to work in the drama group named ‘Thrissur Route’ owned by famous drama scriptwriter and theatre director, Jose Chiramel. Right from my childhood, I have had a thing for imitating the people I meet. As a child, I would present those imitations in front of the guests that came over to our place for visits. I was trained in ‘Ottan Thullal’, a recite-and-dance art form in Kerala, under the guidance of master Venu. My love for music has been with me right from the beginning. I used to present a sort of show integrating all these to entertain my friends during the intervals between drama rehearsals.

A meeting with the talented playwright and director, Jayaprakash Kuloor was a turning point in my life. He said to me, “You have an excellent sense of humour and great skills in music, acting, and Ottan Thullal. If you bring all this together, you can be a mono artist. You have to find out a character for that and speak out the things that you want through that character!” That is how I discovered “Achomachare” and perfected the art form of ‘caricature’!

It is known that both Kalabhavan Mani and Salim Kumar visited your house in Nedupuzha during your prime years in the art field. What was the purpose of those visits?

One day, I was sitting at my home in Nedupuzha when a dark-skinned young man came in and introduced himself as ‘Chalakudy Mani’. I recognised him as the person who performed the role of a drunkard on stages. ‘Brother, I work at Kalabhavan now. I am known as ‘Kalabhavan Mani’ these days. I have come here as per Father Abel’s instruction. I asked him what the matter was. He told me that the Father wanted to know if I was willing to join Kalabhavan. I told him, “Mani! This is the path that I chose when the group work did not go well. I do not wish to work with any group. Please inform the Father.” and sent him back. He then went on and became a great artist. We were good friends.

Later on, a lean man smoking a beedi came to see me. He told me that he was coming from Paravoor and that his name was Salim Kumar. He informed me that I had performed in the temple next to his house. He asked me if I could suggest a topic for a mono act that he could perform for the youth festival organised by the university. I presented a few items before him. Then Salim presented my famous item of the poem named ‘Kallan’ and amused me. He bagged the first prize for that item at the youth festival. Salim Kumar won the National award for Best Actor later on. We have managed to maintain our friendship over the years.

Another experience. A few years back, I had gone to a temple in Eranakulam for a programme when two young men came to meet me. They introduced themselves as mimicry artists. I told one of them- “You have the face of an artist. You will become a great actor in the future!” I do not remember this incident. Many years later, Jayasurya told me this at the location of Punyalan Agarbathees. It was about Jayasurya that I had made that remark. The young man who accompanied him is the famous director, Jis Joy.

It is said that ‘Laughter is the best medicine’. Do you believe that it is true?

Yes. Once, before the start of a programme, I noticed two people in the front row who looked distressed. But when the programme started, they were the ones who laughed out loud hysterically. After the programme, I asked the organisers who they were. I was told that both their children had died two years ago and that they seldom stepped out of their house and talked to people after that. But that day they laughed with all their heart. They were oblivious to everything else as they laughed. There are many experiences like this. Many bedridden and sick people call me just to converse with me. Laughter is the ultimate medicine, without a doubt.

How many songs does Jayaraj Warrier know by heart? How did you master it?

I cannot state that with certainty, but I had this habit of memorising the songs that I heard through the radio when I was young. I would take note of the names of the songwriters and the composers as well. Whatever I have learned, I have not done so intending to do it, I have learned it out of a sort of keenness. Music is everything to me. Listening to the songs of Devarajan sir in the morning is a daily ritual at my place. That is how I start my day.

You are the only artist who performed ‘In the heart of Kerala Legislative Assembly’ pretending to be a harlequin of a royal gathering. What do you have to say about that experience?

That performance was in 2003. I watched and learned the process of summoning the assembly. I presented whatever I had seen in the morning mixed with a bit of humour. The leaders including the Chief Minister, A. K. Antony, the opposition leader, V. S. Achuthanandan, and speaker Vakkom Purushothaman enjoyed the program thoroughly. Vakkam who usually says ‘Aadar...Aadar’ was also heard saying ‘I will give Kaapi, kaapi for all.’ I thought that what he meant was that they were giving out coffee (Kaapi being the regional name for Coffee). But that was not what he meant. Vakkkam who is a Trivandrum native meant that he would give out ‘copies’. In Trivandrum, copy is often pronounced as ‘Kaapi’. I maintain a good rapport with all politicians. All party officials invite me for programs.

You can beautifully imitate the best orator that Kerala has birthed, Azhikode sir. Can you speak about your relationship with him?

I have received great acceptance for my imitation of Azhikode sir. Amongst all that, the one that I consider the biggest compliment is, I had to share the stage with ‘Justice Kamal Pasha’ during a meeting held in Thrissur. He told me that he learned more about Sukumar Azhikode sir after he saw ‘Jayaraj Warrier’ doing an impersonation of him. That is the best accolade that an artist can get. It is a part of history that Kamal Pasha entered the field as a social critique. More than the aspect of impersonating Azhikode sir, I travelled behind his ideologies. Sir held me with affection and I had the opportunity to decorate the post of General Secretary at the foundation started under his name.

There is this certain path that I have followed. A path of drama, Ottan Thullal, music, and reading. That is the foundation of the shows that I perform today. I did not create the show keeping in mind the form that it has attained now. When I quit drama, the performer inside me needed some kind of art form to perform. For that I needed stages. That is how I found this trajectory. There are many people here who concentrate on comedy alone. Surely caricature too will have a future. New faces will enter the limelight. They may be rehearsing in the backstage of life without a hint of what the future holds for them. I am waiting for them.