I don't believe in any religion, I only believe in being Indian: Akshay Kumar

As an artiste one is expected to be responsible towards the society, but Akshay said his job is to play the character, good or bad, with sincerity. 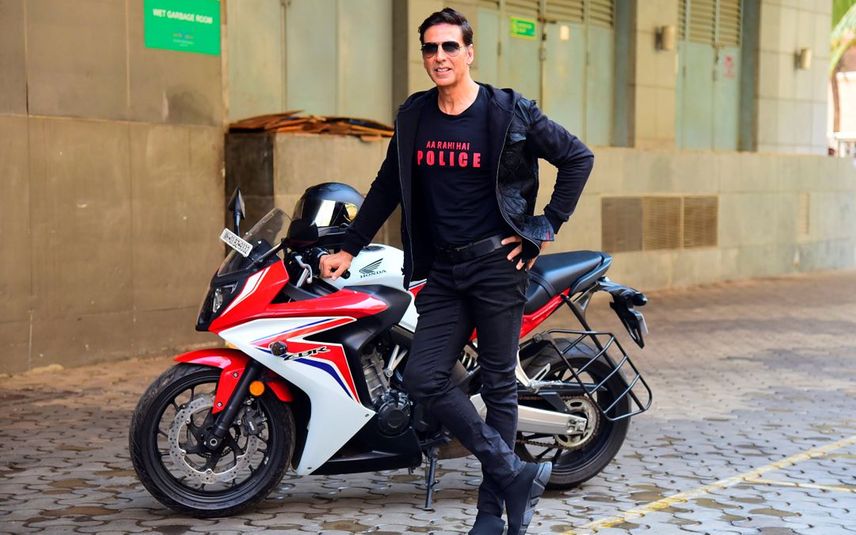 Superstar Akshay Kumar says there is only one religion and that is "being an Indian", and his upcoming film "Sooryavanshi" reflects the same sentiment.

"Sooryavanshi", directed by Rohit Shetty, is the latest movie in the filmmaker's cop universe.

The franchise, which started in 2011 with Ajay Devgn's "Singham" series, was announced last year with the release of "Simmba", starring Ranveer Singh. The climax of the 2019 film teased Akshay as Sooryavanshi.

The actor said the film's story doesn't view the world through the lens of religion.

"I don't believe in any religion. I only believe in being Indian and that is what the film also shows. The idea of being an Indian and not about being a Parsi or a Hindu or or a Muslim, we haven't looked at it on the basis of the religion," Akshay told PTI in an interview here.

When asked if the film is more relevant in current times of communal unrest in the country, the actor said, "It is a coincidence, we haven't made it deliberately (now). But, yes, it is very much a relevant film today."

The 52-year-old actor plays Veer Sooryavanshi, an ATS officer, entrusted with the responsibility to protect Mumbai from terror attacks.

As an artiste one is expected to be responsible towards the society, but Akshay said his job is to play the character, good or bad, with sincerity.

"We make films which have negative and positive roles, I am just playing a character. In every film there will be both good and bad characters, the audience is smart enough to understand what to take back from the film - the good or the bad."

"Sooryavanshi" marks Akshay and Rohit's first project together and the actor said he had great time working on this film.

"It was very easy to work with Rohit. I have known him for 28 years when he was an assistant and today he is the most notable director. We both love doing action and comedy, so it was fun. We finished the film in 55 to 60 days."

Akshay, one of the biggest action stars of Bollywood, believes it is important for an actor to be a bit scared while performing action sequences.

Noted action-director Sunil Rodrigues has choreographed the high-octane stunts in "Sooryavanshi", which also has extended cameos by Ajay and Ranveer.

"When you do stunts, you need to trust your fight master or director and also should have a belief in yourself. There are people who say one shouldn't have any kind of fear but I believe there should be fear. There is good and bad fear, good fear means you check all the types of equipment properly before doing a stunt, which I do. Because of a small mistake, the stunt can go wrong and someone can lose their life. We had taken a lot of precautions for it," said Akshay.

The film, scheduled to be released on March 24, also stars Katrina Kaif, Jaaved Jaaferi and Jackie Shroff in pivotal roles.