Friendship beyond politics: Aisha Sultana and Beena Kasim open up about ‘Flush’ movie 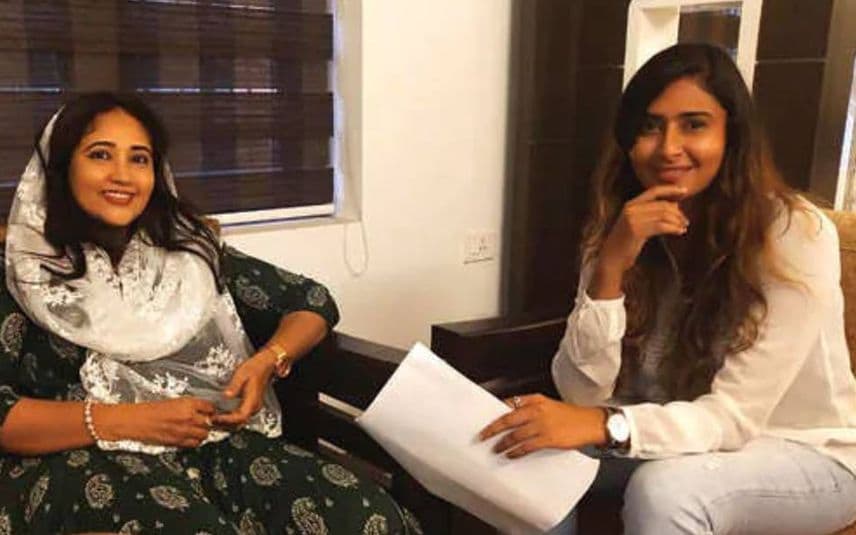 Kochi: Aisha Sultana was not a familiar name for Malayalis when she assisted Lal Jose in ‘Kettyolanu Ente Malakha’. However, her name and face are no longer stranger to us, thanks to her frequent appearances on TV debates on the Lakshadweep controversy.

Aisha was later charged with sedition for one of her comments, in a complaint filed by the BJP office bearers of the island.

The first look poster of her debut independent project ‘Flush’ was released recently. An interesting fact about her venture is that it is produced by Beena Kasim, wife of Lakshadweep BJP general secretary Muhammed Kasim.

Now rumours on social media say that the movie is about sedition. Is that so? Let’s hear from the duo themselves. Aisha and Beena spoke to Mathrubhumi from Kochi and Lakshadweep, respectively. Aisha opened up about the movie from her flat in Kakkanad.

The story has nothing to do with the ongoing controversy. But I have been thinking about a film on sedition quiet lately. This film is against suicide. It tries to communicate especially with girls. The story is based on one of the many suicides that happened during the Covid-19 lockdown. The story develops through three women - one homemaker in the island, another islander who fights for her aim and a third woman who reaches Kerala to pursue her profession.

Beena knows me as a film enthusiast. She decided to invest because of her love for me. We didn’t discuss the sedition controversy.

Absolutely no. We islanders stand together across party lines when it comes to art.

Filming was within the limitations of the island. Only 41 people were involved in the shooting process which was held at Agatti and Bangaram in Lakshadweep. It took 18 days to finish the shooting. Another 12 days for quarantine. Implementation of section 144 in the island was an issue for some time. The length of the movie is 1 hour 30 minutes.

Beena Kasim too spoke to Mathrubhumi from Lakshadweep.

Aisha is Lakshadweep’s daughter. I felt it is my duty to support her. Also, the film is about the island itself.

We don’t differentiate islanders over their political affiliations. We all know each other closely.

I support those who perform well. Not any particular party. I never mix art with politics.

Aisha is busy with post production works of the movie while Beena is planning to come to Kochi for promotion works.

Aisha Sultana not arrested; allowed to leave Lakshadweep after quizzing

Mohanlal, one of the biggest superstars of the country, says there are days when he is overwhelmed by the burden of fans' expectations but the actor says ..