I had tried to learn smartphones but it did not work out: Indrans

Oliver Twist masters the use of smartphones by the end of #Home, but I will continue to be the same old Indrans. 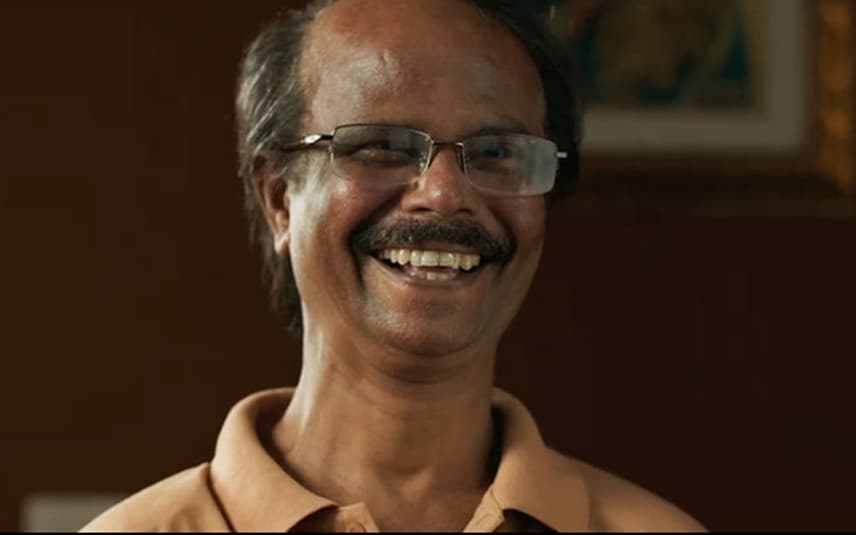 “I was on a movie set in Thodupuzha on August 19. I had been getting a lot of calls since morning. When I checked my phone between the breaks, there were around 400 missed calls. I panicked thinking of all the calls I had missed, what if it included my teachers too? I called my son who was at our home in Thiruvananthapuram and asked him to the location. I felt so relieved when he came the next morning and I handed my phone to him,” says Indrans as he recounts the incidents that happened on the day of the release of the movie #Home on the OTT platform. Indrans is being showered with love and regards from his well-wishers and people who call him to congratulate him on his performance in the movie.

Between Oliver and I

#Home talks about the life of a middle-aged man Oliver Twist who uses an old mobile phone and the hardships that he has to face in life due to his old-fashioned nature. I am very much like Oliver Twist in the movie #Home. I use an old Samsung B350E model keypad phone that costs only Rs.3000. I had tried to learn the use of smartphones and that did not work out. Although my son and son-in-law tried to teach me several times, I found it very hard to understand. Besides, each time I took the phone, something or the other would happen, I would panic and have to seek the help of my children. I got fed up after a while, switched back to my old phone and have given up trying to learn the use of smartphones ever since. I use my phone only to call people and do not use it even for texting. Why do I need a smartphone worth thousands of rupees? Oliver Twist masters the use of smartphones by the end of #Home, but I will continue to be the same old Indrans.

Producer Vijay Babu sir mentioned this movie to me before the start of the shooting of the movie ‘Janamaithri’. He told me that a director named Rojin Thomas will give me a script and that I have to read it. I did and I loved the script. Nobody had told me about the role that I was meant to do in the movie. When I read the script first, I thought my role was Oliver Twist’s aged father. It was later revealed that I was going to portray Oliver Twist in the movie. The shooting was done in the break between the first wave and second wave of the Covid pandemic. There were a lot of restrictions. We acted as a family in the movie but maintained social distance when we were not shooting. We sat and ate food in separate spaces. There was no sitting in groups and cracking jokes while we were on the set. But even then, the chemistry between us worked out perfectly. There was sync while we were acting and we could easily read the other person’s mind. Director Rojin Thomas is a taciturn person. Since I am a bit older than him in age, it might be difficult to tell me if there is anything wrong with my acting. After a few scenes, he would say - “Let’s try that one more time, chetta”, so I tried to avoid such situations. I did not need to do much preparation to portray the character of Oliver Twist. All I had to do was avoid the overlap of different body languages. Director was always in control of the character of Oliver Twist and never let him out of his sight even once throughout the entire span of the movie's shooting.

I am shocked beyond belief after receiving such great response from the audience since the release of #Home. Before, it used to take months for the movie to be released abroad after its release here. But now Malayalees all around the world can watch the movie on the same day through the OTT release. I started getting calls an hour after the release of the movie. The caller would hand the phone to his wife and his kids and by that time, more calls would come. I had decided that I will pick up all the calls that I get, which is why I called my son Mahendran and asked him to come.

‘Malik’ is another movie that earned me a lot of appreciation. To be honest, even I haven’t understood the nature of my character in the movie, CI George Zachariah. I believe that it is the blessings of my teachers that fetch me these great opportunities. The credit for the success of that character goes to the director, Mahesh Narayanan. Mahesh Narayanan is also a taciturn person, so he would explain what he was looking for by using very few words. I was shocked when I watched ‘Malik’. The first thought that popped into my head was how much I have improved. (He laughs)

People who call me tell me that this story is very much like the story in their homes and that they are fed up with the overuse of smartphones by their children. I don’t think that the new generation kids are wayward. I feel that youngsters these days are quick and proactive learners. Aren’t we blaming them because we find it hard to catch up with them? We might be approaching our children with silly doubts when they are figuring out how to deal with the heavy burdens that we have dumped over their heads. There is no point in putting all the blame on the younger generation.

Aren’t we the ones who made them like this? I have not seen such smartphone addiction in my children. It could be because I rarely visit my home due to shoots. My children like to sit together as a family, eat food together and share jokes with each other.