On a question on how to keep people happy, Sreenivasan mentioned that if religion and God is evacuated from this Country, people would be happy. 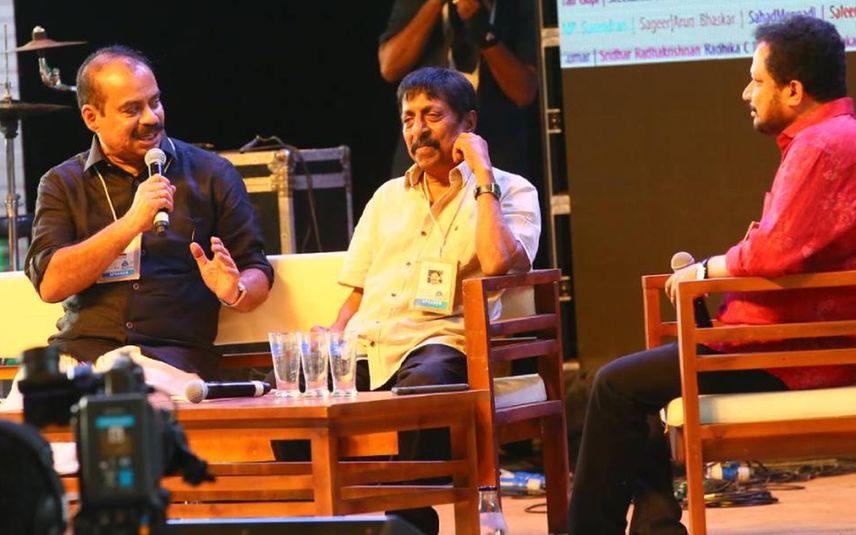 Thiruvananthapuram: At MBIFL, in the discussion on the intertwining of real life and silver screen characters, Writer, Actor and Director Sreenivasan mentioned about his dislike for any political faction. He has always wondered on the services offered by any political party and also the source of income of the party workers. He doubted, if they filed their ITR.

This was when the co – panelist Director Sathyan Anthikad asked about his political stance.

The actor elaborated that his characters in the movies, especially the political satire ‘Sandesham” speaks about his political stance. He doesn’t have any political party affinity and he even feels that there is no constructive efficiency within the ruling system or with the oppositions.

His character Thadathil Dineshan in ‘Vadakkunokkiyanthram ‘ is personally known to him and the story was developed around an incident which was shared with him. The movie ‘ Kadha Parayumpol’ was weaved around the story of Krishna and Kuchela from Hindu mythology.

On a question on how to keep people happy, Sreenivasan mentioned that if religion and God is evacuated from this Country, people would be happy.

Director Sathyan Anthikkad shared his experience with the real life character who was depicted as ‘Kanchana’ in ‘Thalayanamanthram’.

A lady similar to Kanchana was the source of creation of the character. After watching the movie, the lady mentioned to him that she has met many ladies similar to Kanchana. He said that this is the usual attitude of Keralites as they seldom own their flaws.

Such similar experiences led to the making of ‘Prakashan’ in ‘Njan Prakashan’ who is a real Malayalee.

The moderator, Screen playwright Benny P Nayarambalam conjoined with Sathyan Anthikkad by sharing his experience with the person who was the source of character for ‘Kunjikkoonan’. The person watched the movie and mentioned that he knew people similar to Vimal kumar in ‘Kunjikkoonan’.

Oommen Chandy discloses truth behind controversy over a train journey