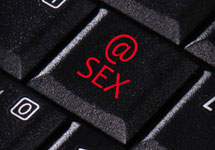 Sexual risk behaviours such as casual sex, lack of condom use and a high number of sexual partners have been linked to poor health outcomes, including an increased incidence of sexually transmitted infections.

'This review has uncovered a need for methodological improvements in this area of research,' said Brenda K Wiederhold, from Interactive Media Institute, San Diego, California.

'However, some findings in the studies may not be generalised for all since they are done on college students,' she noted.

The systematic review of published studies was detailed in the journal Cyberpsychology, Behavior, and Social Networking.

Children are not happy with online classes, reveals study

Why parents should worry about girls' perfect selfies

How meditation can help you make fewer mistakes

Teens who do not date have low depression
News in Videos