In a letter to the Union Tourism Minister, Jain said: "If the monuments remained closed, the inflow of tourists to Agra could be checked to prevent people here from falling victim to the coronavirus. The tourist season from October to March-end sees lakhs of tourists visit the city. 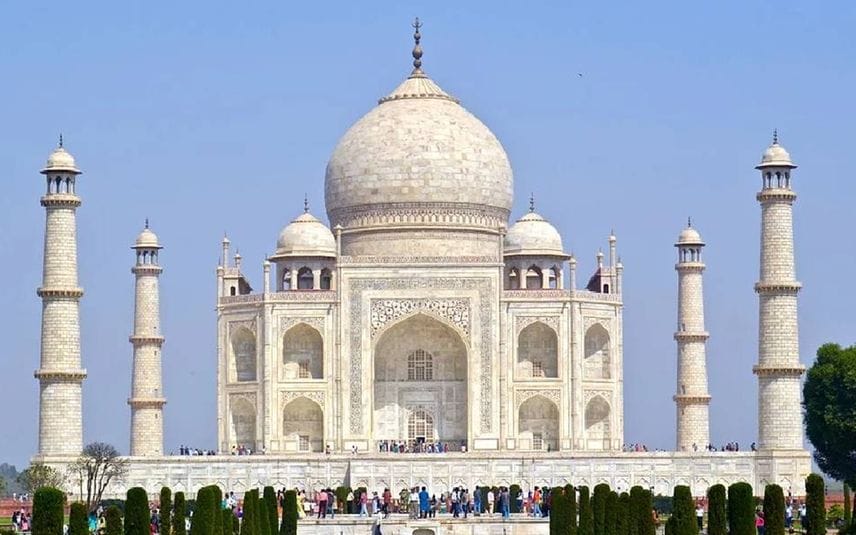 Agra: The Archaeological Survey of India (ASI) has set up thermal screening facility for visitors, especially foreigners, at the Taj Mahal's eastern gate even as the demand to close the historical monuments in Agra till March-end gained wide support.

The number of visitors in Agra has continued to decline as city hotels reported mass cancellations in the past few days.

Agra Mayor Navin Jain has demanded temporary shutdown of historical monuments in Agra in the wake of the coronavirus fear, much to the annoyance of the tourism industry here.

In a letter to the Union Tourism Minister, Jain said: "If the monuments remained closed, the inflow of tourists to Agra could be checked to prevent people here from falling victim to the coronavirus. The tourist season from October to March-end sees lakhs of tourists visit the city.

"The people here are scared of all foreigners and look at them with suspicion. This situation can turn nasty and tarnish India's image internationally."

Social activists also extended their support to the demand on Facebook to restrict the entry of foreigners to Agra for a limited period. "During the closure, the monuments could be cleaned, sanitised, and made safe for tourists," they said.

"The competence and efficiency of government employees is well known. So far we are lucky to have escaped spread of the virus. But if things got out of control, this could be an unprecedented tragedy," social activist Shravan Kumar Singh said.

District authorities have been closely monitoring the city hotels in following government guidelines and protocols on coronavirus. The hotel floors were being washed twice a day and close watch kept on all tourists.

On the other hand, the hospitality sector here is not in favour of temporary closure though there is support for the demand in government circles, and departments directly connected with public health, hygiene, and civic facilities.

Several hoteliers maintained that it would send a wrong message and adversely affect tourism industry in the long run.

The hospitality industry has already taken a dent this season with an all-time decline in visitors to Agra in February.

The annual 10-day cultural extravaganza, the Taj Mahotsava proved to be a flop, with hardly any visitors to the fair at the Shilpgram, 500 metres from the Taj Mahal.

The city is already in high alert mode. Health Department officials have screened more than 55,000 people in 18 areas. Fogging and cleaning campaigns are on in congested localities.

Groups of doctors have held meetings in colonies to sensitise the people against the coronavirus. There were some prayers and havan held on the banks of Yamuna.

"We have seen the Taj Mahal so many times and can visit again once the coronavirus threat subsides. To save Rs 50, who would like to go now," remarked homemaker Padmini.

"This will only increase the crowd and create more problems," she added.

COVID not over yet, important to be alert: Union Health Minister

Kerala HC's order against bandh and hartals turns point of debate amid ...