Enjoy the heights of Kurumbalakotta 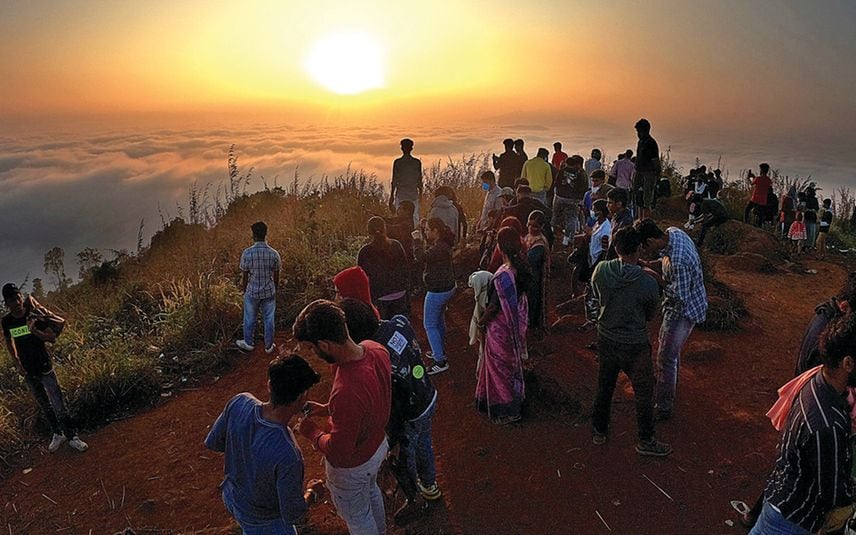 Wayanad offers a huge array of breathtaking destinations, especially hill ranges to travel enthusiasts. Pakshipathalam in Brahmagiri, Edakkal caves in Ambukuthi Mala, Chembra and Banasura hills which hold its mist to mesmerise the travellers are some among them.

Kurumbalakotta, one of such destinations stands high beckoning the trek lovers below. It has been believed that Kurumbalakotta had been a fort (‘kotta’) of ‘Kurumba Palakan’ (king of Kurumbas). The king might have built the fort on the hilltop situated at the centre of Wayanad to have a watch over the movement of enemies. However, the remains of the fort said to be constructed by boulders and wood had vanished from here.

The trekkers have to pass tea plantations to start the hiking to the hill, where they can spot some interspersed houses of Paniya tribes. Later, the travellers can enter into a wholly different landscape filled with high grasses and soon the climbing will become dangerous with the presence of steep heights, rocks and depressions.

By reaching the top of the hill, one feels the hill as if a pedestal is placed in the middle of the beautiful Wayanad. The views of Banasura hills, Ambukuthi Mala, Chembra, Kurichya Mala, Vellari Mala and Manikunnu Mala seem to have encircled the Kurumabalakota.

Panamaram, Mananthavady and Kalpetta towns are also visible downwards. The Panamaram river and the lush green sights are worth beholding.

If the travellers proceed their walk, a Kurisumala can be also seen near the hilltop, where the believers reach on Easter day. Kurumbalakotta Bhagavathi temple in the vicinity which is over 300 years old also invokes curiosity in the visitors. Kurumbalakotta is not a paradise only for trek lovers. Those who opt for refreshing walks in the mornings and evenings can also trek here.