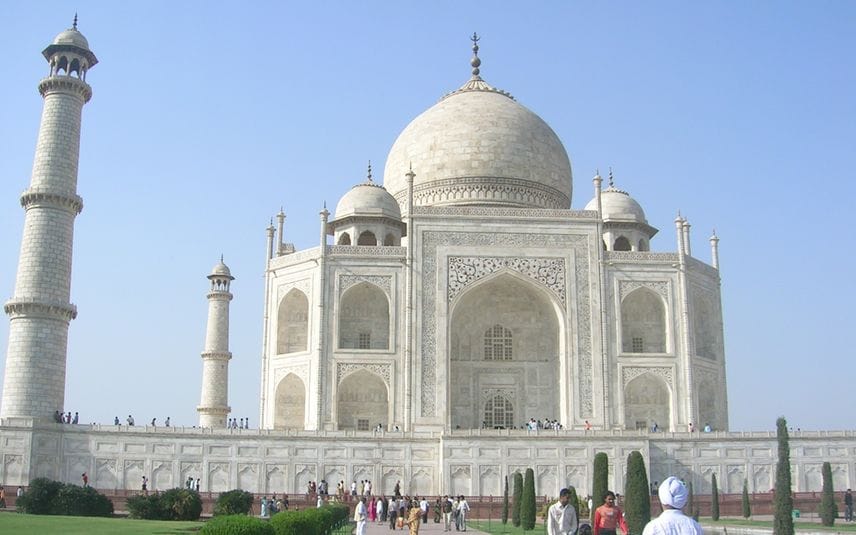 New Delhi: The Taj Mahal, a UNESCO world heritage site, was among the 10 most popular centrally-protected ticketed monuments for domestic visitors in 2021-22, according to a new report released by the Union Ministry of Tourism.

While the Mughal-era mausoleum ranked first, the Red Fort and the Qutub Minar -- both UNESCO-recognised sites in Delhi -- were the second and third most visited sites, respectively, for the period.

The over 280-page report titled 'India Tourism Statistics 2022' was released on Tuesday by Vice-President Jagdeep Dhankhar on World Tourism Day at an event here.

The report said due to restrictions related to COVID-19, "the number of foreign tourist arrivals (FTAs) in India during 2021 decreased to 1.52 million as compared to 2.74 million in 2020, registering a negative growth of 44.5 per cent".

Sharing data about the footfall at various sites under the Archaeological Survey of India (ASI), the report said the Taj Mahal was the most popular centrally-protected ticketed monument for domestic visitors in 2021-22, while the Group of Monuments at Mamallapuram in Tamil Nadu was the most visited centrally-protected ticketed monument for foreign visitors during the same period.

According to data shared by the report, the Taj Mahal witnessed 3.29 million visitors or 12.65 per cent of the total footfall in 2021-22 for domestic visitors, followed by Red Fort (1.32 million) and Qutub Minar (1.15 million).

As per foreign visitors, the Group of Monuments in Mamallapuram saw 0.14 million, followed by the Taj Mahal (0.038 million) and the Tiger -headed Rock cut and two other monuments, Saluvankuppam, (0.025 million), the report said, quoting ASI data.

There are 3,693 heritage sites in India protected by the ASI. Many of these are UNECSO world heritage sites such as the Taj Mahal, the Red Fort, Qutub Minar and the Humayun's Tomb in Delhi and the ruins of the ancient Nalanda university in Bihar.

In 2020, ASI sites were shut for over four months due to COVID-19 and reopened in July with safety protocols in place.

In his address, the Vice-President said the last two years were "very tough" due the pandemic and the tourism sector was heavily impacted. But, in retrospect, one can say that India knows the way and the country is "out of the difficult period", he said.

He also presented the National Tourism Awards 2018-19 during the event at Vigyan Bhawan. The annual award ceremony took place after a two-year gap due to the Covid outbreak in India in early 2020.

India's ranking in the global Travel and Tourism Development Index (TTDI) was 54th in 2021, the 'India Tourism Statistics 2022' report said.

It also said while FTAs experienced a "negative growth rate" in 2021, non-resident Indians (NRIs) and international tourist arrivals (ITAs) experienced "positive growth". Arrivals of NRIs increased 52.6 per cent from 2020 to 2021.

Tourism continues to play an important role as a foreign exchange earner for the country, it said.

In 2021, tourism grew steadily on a global scale despite COVID-19 prohibition, it said.