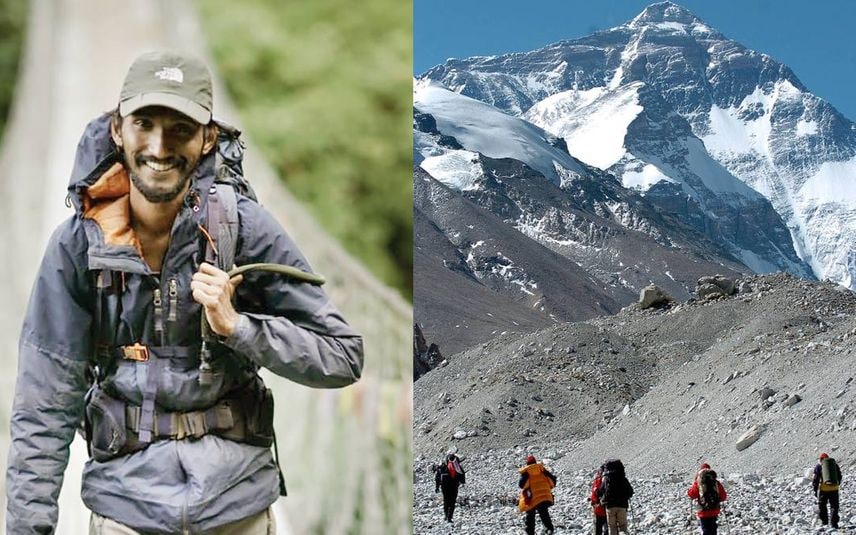 Malappuram: The journeys of the mountaineer Mohammed Fayis reminds a line from Tennyson’s poem, “to strive, to seek, to find, and not to yield.” His dream to set foot on Everest began when he started to spend a lot of time travelling. "There is nothing bigger than Everest to conquer in this world," said Tirur native Fayis.

26-year-old Fayis had trekked to the Everest base camp five times within one year. He has decided to set out for the Everest expedition with a team in 2023 and he is currently on a quest to find sponsors for the voyage which is quite expensive.

The expedition will cost at least Rs 40 lakh and he expects those who are in fond of adventure and travelling will help him in his endeavour. He is running a travelling company with friends after completing graduation in engineering. If he could accomplish his mission, Fayis will become the youngest Malayali to mount the Everest.

His love for adventurous travelling sprouted when he trekked in Manali and Ladakh with his four friends in 2019. Then he could trek 470 kilometres in just 18 days.

Several packages worth Rs 35 lakh to Rs 2 crore are available to conduct the Mt Everest expedition. In addition to this, Rs 6 lakh has to be saved to purchase tools and equipment. In the luxury package of Rs 2 crore, six persons, including a guide and Sherpa will accompany the traveller. Even helicopter service would be made available to bring back the traveller if the trekking was dropped en route. But the minor packages are more dangerous. The expedition will be carried out in group with one guide and a Sherpa. The helicopter service will be available only at the third camp and the travellers have to reach here if any danger happens. However, additional charges have to be paid for this later.

The Mount Everest expedition will take at least 56 days to finish by passing through base camp, camp 1, camp 2, camp 3 and camp 4. The Sherpa will carry food and a bag. They are the tribals who reside in the higher altitudes of the Himalayas.

How to climb a hill? Points to keep in mind while mountaineering