Kolkata gets museum on freedom struggle inside a tram 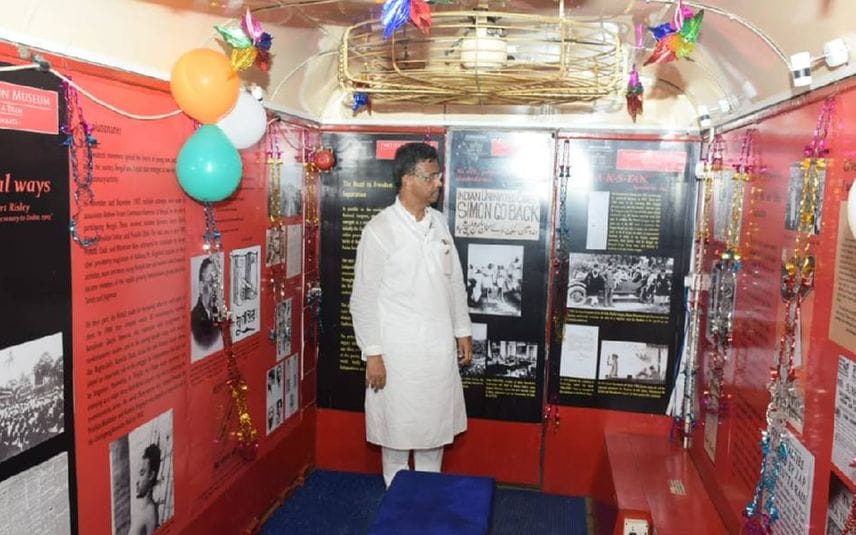 Kolkata: A museum on wheels inside the iconic trams of Kolkata, commemorating the 75th anniversary of India's Independence, was inaugurated on Sunday by West Bengal Transport Minister Firhad Hakim.

The museum on wheels has been curated by the Arts and Cultural Heritage Trust in collaboration with West Bengal Transport Corporation (WBTC).

Lord Meghnad Desai and Lady Kishwar Desai were present at the inauguration virtually from London.

"India is a country of peace. Bengal believes in harmony and unity in diversity. This museum reflects the ethos of Bengal. It also dwells into the freedom struggle in which Bengal played a major role," Hakim said at the inauguration.

"The museum on wheels beautifully depicts the efforts of our freedom fighters and also the impact of division of Bengal and Punjab on the national psyche," he said.

The museum on wheels will be on display at Esplanade till December-end, an official said, adding that from January 1, it will move to other parts of the city.

Transport Secretary Rajesh Sinha said, "The museum on wheels depicts the Independence movement and the impact of partition on the states of Bengal and Punjab. The museum will be free of cost for entry. It will be a permanent exhibition and move around the city."

Curator Mallika Ahluwalia said the trams of Kolkata have their own rich history and heritage and their mobility can be leveraged to reach out to the people.

"We are thrilled to have this opportunity to display our museum in Kolkata – a city steeped in the history of Independence, freedom struggle and the drawing of borders in Bengal and Punjab," she said.

Rajanvir Singh Kapur, managing director of WBTC, said, "Through this initiative, we are reviving the importance of trams and reshaping its use to go beyond just a mode of travel to rich cultural space in the modern context."

The museum on wheels has been designed inside two tram cars.

The first car highlights the rising resistance against the British Raj from the 1900s. It delves into the key moments during the period of 1900 to 1947, leading to Independence and how the borders were drawn, dividing Bengal and Punjab in two.

The second car focuses on the mass migration and rehabilitation that took place post-Partition and explores the humane angle.

The charm of Kashmir's Lidder valley

Srinagar: Birthing from the glaciers of Kolahoi ...